Maureen Kyalya: Bobi wine is trying to pose a challenge to the Kabaka, so that he becomes the one worshipped in Buganda 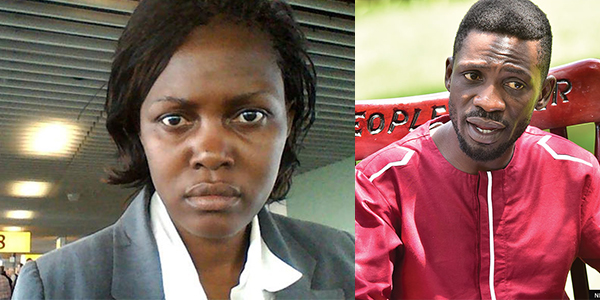 Controversial former presidential Aspirant Maureen Faith Kyalya has spoken out on Bobi Wine’s Presidential bid, saying that the Kyadondo East MP’s residential bid is an attempt to pose a challenge to the Kabaka so that he is the one who is worshipped instead of the traditional leader.

Speaking to local media in a phone interview, 2016 presidential Aspirant Maureen Kyalya also expressed her suspicions that in seeking the presidency Bobi Wine must be crazy.

“I think he is crazy. He is trying to start a war that will raise a fundamental question between the Kabaka and Bobi Wine, regarding who of the two is superior in Buganda, which has significant implications  for destroying or suspending the Buganda Kingdom. Yet I again doubt he has even thought about  what his fellow Baganda will lose from that,” Kyalya said

“ Uganda was set up like UK and that is not just politically but a fundamental spiritual and cultural balance situation because Uganda is not an ordinary country . Bobi Wine wants to change this truth.” Kyalya said

Music promoter Suudi Lukwago: I will spend 2 billion shillings on our wedding if Fifi Da Queen can leave her marriage and come back to me

Maureen Kyalya: Bobi wine is trying to pose a challenge to the Kabaka, so that he becomes the one worshipped in Buganda