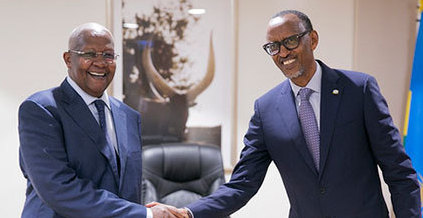 In a statement released by the Ministry of Foreign affairs today, Hon. Sam Kuteesa (the ministry boss) has refuted the allegations that Uganda closed its border with Rwanda.

“Uganda wishes to refute allegations that it closed its border with Rwanda. Since February 28, 2019 when the Government of Rwanda issued an advisory against travel of its nationals to Uganda, flow of traffic from Rwanda to Uganda to has been continuing normally…”

According to Kuteesa, only the export of Ugandan goods to Rwanda has been prohibited by Rwanda authorities. He further stated the same authorities are only allowing crossing into Rwanda those trucks carrying transit goods destined for Rwanda or transiting through Rwanda to Democratic Republic of Congo.

Kuteesa also enlightened the nation about the new export permit system implemented by Rwanda to which there has been no successful applicant. The minister also said Rwanda has declared a bi-lateral embargo with Rwanda.