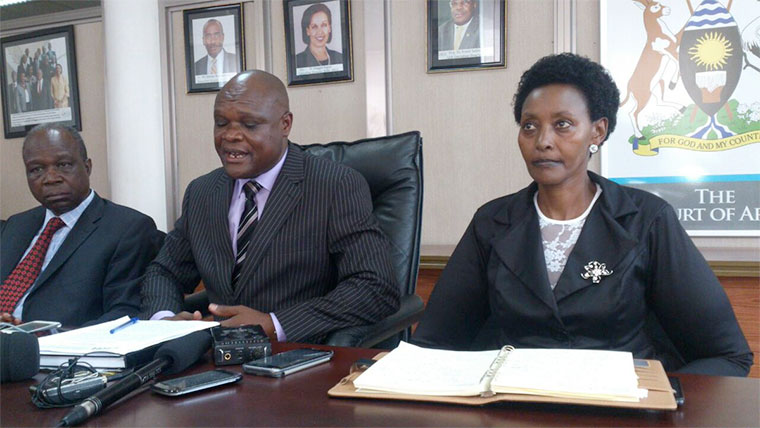 Minister of Finance and Economic Planning Matia Kasaija has terminated the entire board of Uganda Investment Authority. In a letter the minister has written to his junior (the State Minister for Privatisation and Investment), Kasaija indicates that beginning with the 1st of April 1 the entire board will be no more, in compliance with the presidential assent to the new Investment Act which establishes a smaller UIA board and therefore technically calls for the dissolution of the current one.

President Museveni on February 20 assented to the Investment Code Act 2019, and he also revealed that a new board had been appointed but didn’t reveal its composition.

“The purpose of this letter is to request you to bring to the attention of members of the board that following the enactment of the new investment law, their membership has been terminated and a new board appointed,” the letter, which was also copied to the UIA chairman and the acting executive director, reads in part.

However, another twist in the story indicates that the outgoing board Chairman, Mr. Emely Kugonza, is bouncing back as board chair of the new, smaller board, on a three-year contract.

Besides a reduction in the composition of board numbers, there is also a change in the way they are going to be appointed: five of them will be pooled from the private sector while two will be permanent secretaries or nominees from Finance and Trade ministries.

Mr Ajer, quit the acting role four months after he had been appointment into the rather controversial position to replace the drama-infested Jolly Kaguhangire, who was sacked last year for abuse of office, insubordination, lying to the board, non-compliance to set guidelines and closing a public office. . In his resignation letter dated October 29, 2018, Mr Ajer indicated he would be leaving UIA on April 30, 2019, but after taking accumulated leave in January he didn’t return to the job.