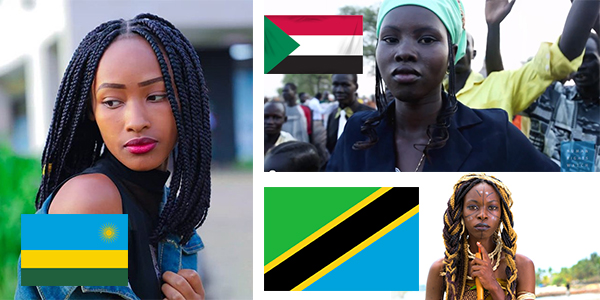 Today is the eighth edition of the World Happiness Day, and a survey carried out by the Sustainable Development Solutions Network for the United Nations (covering 156 countries) has ranked Uganda’s neighbors South Sudan, Tanzania and Rwanda among the five least happy countries in the world. This means that three of the five least happiest countries in the world are in the East African country, all sandwiching Uganda.

South Sudan tops the list of the least happiest countries in the world,Central African Republic comes second, Afghanistan is third, and Tanzania and Rwanda are ranked fourth and fifth respectively. Other countries in the top ten include: Yemen, Malawi, Syria, Botswana and Haiti.

The report ranked 156 countries in total, and Uganda came in at Number 136, meaning it is the 21st least happy country in the world. That also counts for a drop of one place on the table, as last year Uganda ranked 135th on the list.

Kenya is the best-ranked East African country at Number 121, but still she ranks among the 35 least happiest on the list of 156.

The United States came in 19th place, dropping one spot since last year and a total of five spots since 2017.

John Helliwell, the co-editor of the report and a professor at the University of British Columbia says; “This is not just about the native-born residents of those countries. But their immigrants were also happiest or least happyin the world.”