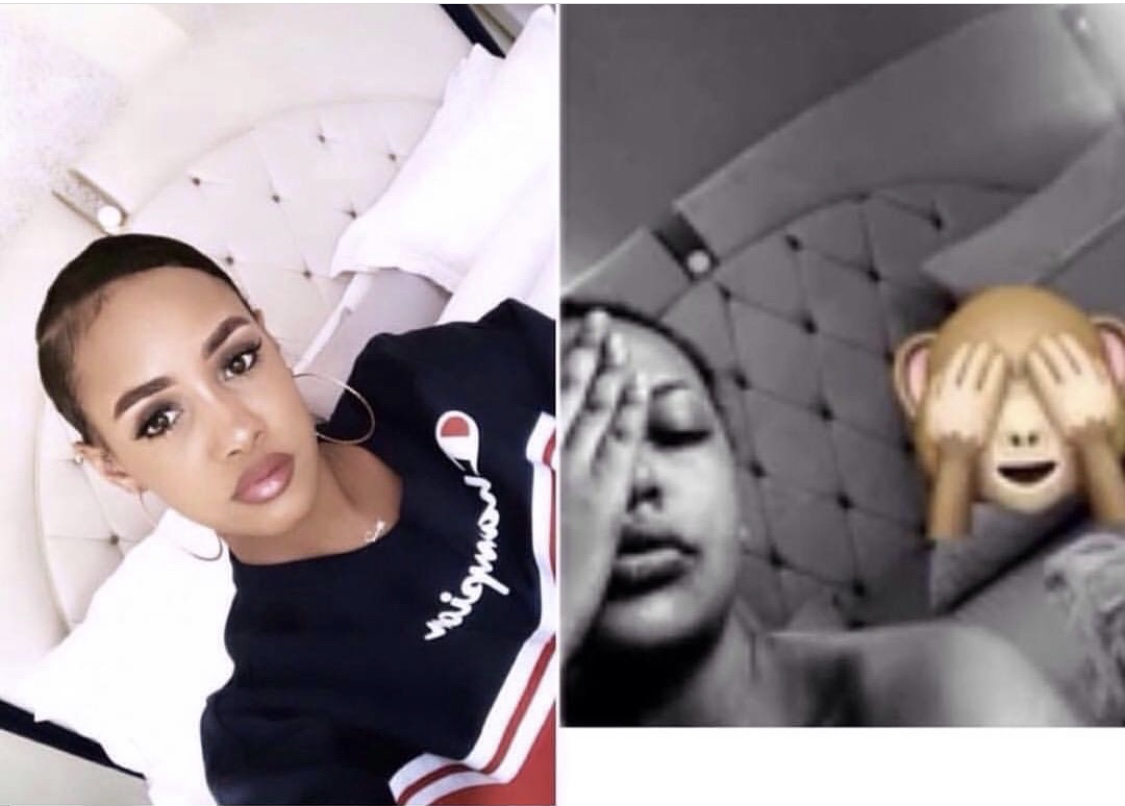 That it is difficult for Tanzanian singer Diamond Platinumz to keep his pants zipped up is quite a public secret.

Only recently were some people beginning to think that maybe at last Diamond might stop sampling different ‘ladies’ –as over the last few months he has not only appeared to be madly in love with new catch Tansha Donna, but has even publicly stated that he will never cheat on her.

Enter pictures from last weekend, which seem to suggest that Diamond cheated on Tanasha with one of his ex-flames known as Lynn. Not just cheating, but being in the same room with Tanasha and Lynn in the same bedroom on the same day, only at different times!

The pictures which have been run by Tanzanian tabloids indicate that both Tanasha Donna and Lynn happened to share selfies last weekend, and looking at the background of the two selfies it would appear like Tanasha and Lynn were both in the same bedroom but at different times.

Never mind that some sources have reckoned the picture of Lynn at Diamond’s State House in his bedroom (in the same very same spot where Tanasha took her shot) is an old one.Even that some have said Lynn uploaded it after seeing Tanasha’s post just to upset the Kenyan media personality.

With Diamond himself yet to say anything about the photos, some of his fans have come out to defend him, saying his former flame Lynn only released old pictures in order to blackmail Diamond with an intention to mess up his current relationship with Tanasha. However, others have argued that Diamond was actually with Lynn at his mansion over the weekend, before later meeting Tanasha.

The controversy will only be settled when Diamond comes out to say something about it all.

For now, Tanasha seems like she won’t let anything get between her and Diamond who reportedly will marry her in September. In a clear response to the pictures, she wrote on her Facebook wall:

“Lesson of the day. Don’t believe everything you read or hear.”

President Magufuli rewards each Taifa Stars player with a plot of land, says he was to sack sports minister if the national team had failed to qualify