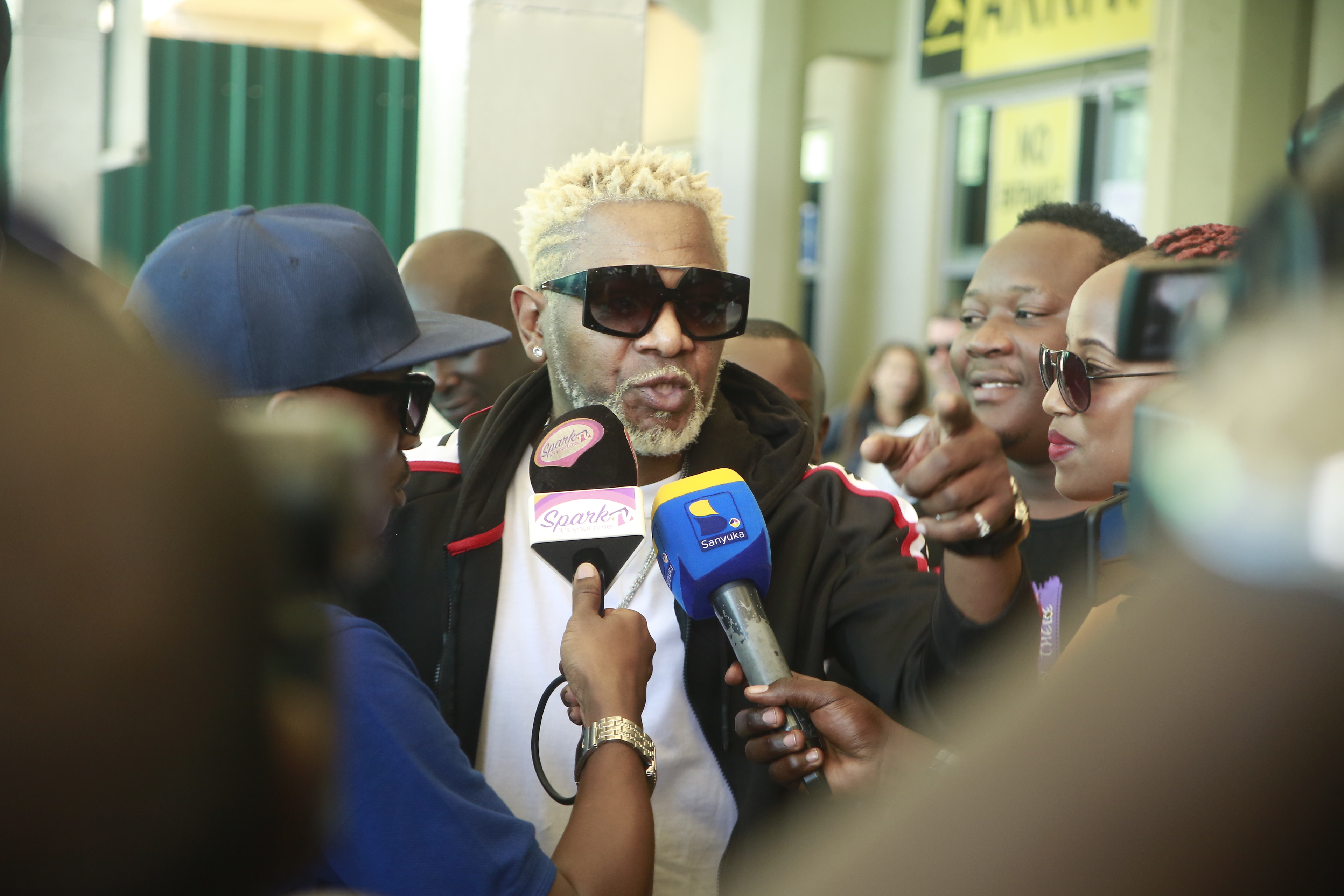 The much-revered Lingala legend, Awilo Longomba has just landed at Entebbe International Airport ahead of his Kampala concert slated for this Friday April 5 at Serena Hotel.

The Congolese musician touched down at exactly 2:30PM, and will be gracing the stage in a concert that’s certain to have many reminiscing old times as revelers dance the night away to Awilo’s greatest hits. Other members of Awilo’s band arrived earlier last evening.

Awilo, who became a star back in1995 when he quit drumming to take up singing, has established himself over the years as one of Africa’s finest artistes of his generation and is certainly no stranger to Uganda. More so given that Congolese music, particularly the genre he does called Soukous (locally known as Lingala), was for a long time the staple sound of Ugandans whenever it was time to dance.

Awilo’s Friday show, organised by Cents in partnership with Singleton, is the Congolese star’s first public concert in Uganda in more than a decade. It is expected fans will have a show to remember as several top Ugandan artistes are also lined up to perform, including leading gospel act Levixone, Jackie Chandiru, Cindy, among many others.