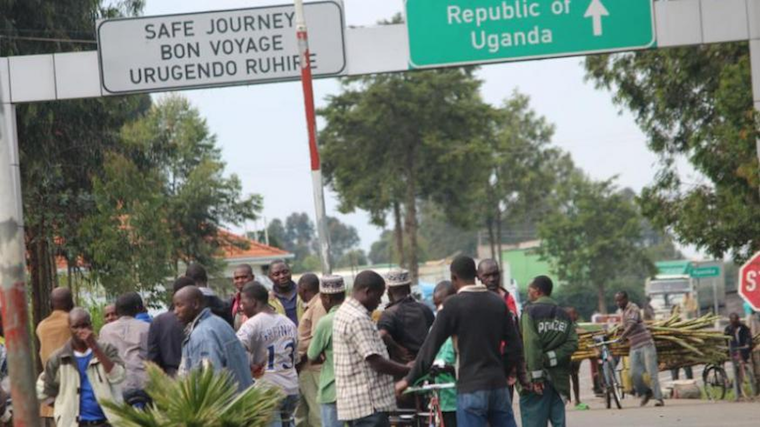 Rwandese President Paul Kagame and his entire Kigali government have been sued at the East African Court of Justice over closing Rwanda’s border with Uganda now several weeks ago. Rwanda closed her border posts to and fro Uganda in Katuna and Chanika (in Kabale and Kisoro districts respectively) on 28th February.

Mr. Steven Kalali, a Ugandan lawyer is the man who has petitioned court over Rwanda’s closing of its border with Uganda, saying it is ‘illegal closure’, and telling court that he is particularly aggrieved by the conduct of Rwandan President Paul Kagame.

Counsel Kalali filed his petition at the registry of the East African Court of Justice at the Supreme Court in Kololo, Kampala. He wants the justices at the regional court to order Rwanda open its borders to allow a free movement of Ugandan citizens and goods in the spirit of free trade.

The petitioner reckons that by ordering immigration and revenue officials at the border posts not to allow Ugandan citizens and traders to cross into the country, President Kagame acted on unjustified reasons –let alone broke the East African Treaty, Free trade and Common Market Protocol ,
because the closed border posts were also serving other countries like the Democratic Republic of Congo and Burundi.

It’s substantiated truth that the closure of Rwanda’s border with Uganda affected hundreds of cargo trucks destined for Rwanda. The Rwandan authorities advised the truck drivers to turn back and use Mirama Hill border in Ntungamo District, which is 100 kilometers away.

Initially, Rwanda claimed it had closed the borders to work on the Onestop border post, but later came out to own up the narrative that it had acted courtesy of ‘serious relationship disagreements’ with Uganda.

Eddy Kenzo: I presently have 60 women, I can't be owned by a single lady and I can't stop adding to the 60

Eddy Kenzo: I presently have 60 women, I can't be owned by a single lady and I can't stop adding to the 60