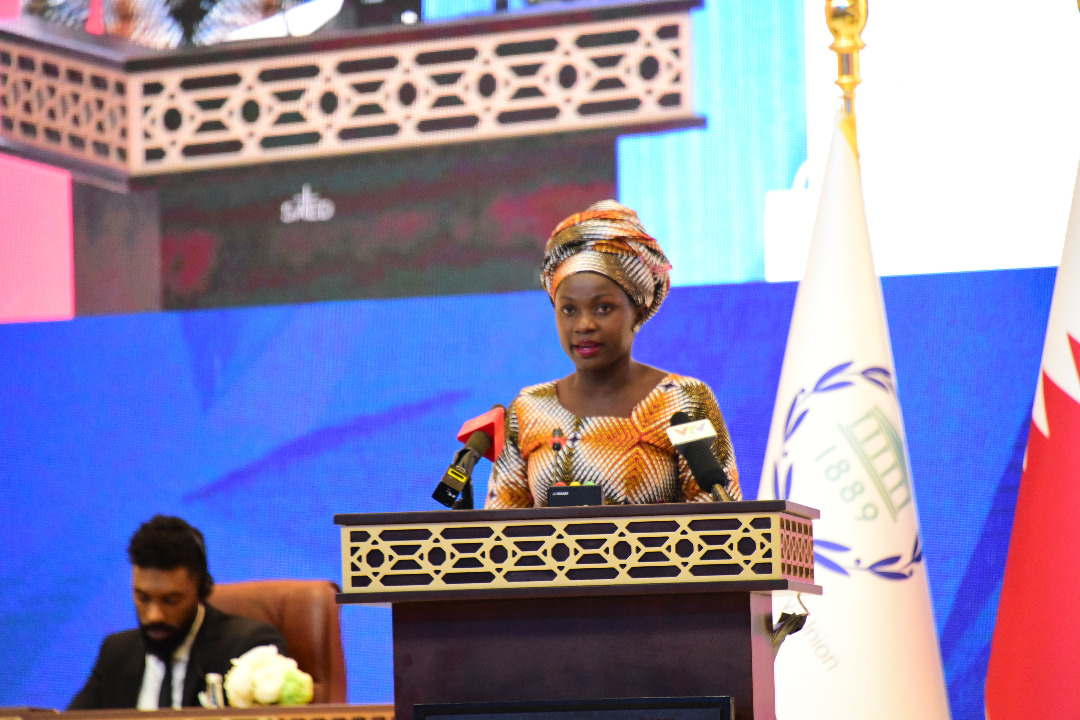 Arua District Woman Member of Parliament, Osoru has told the Inter-Parliamentary Union (IPU) delegates that only education can guarantee the world peace and security as opposed to the military might that relies heavily on the barrel of the gun.

“I want to assure all legislators all over the world that peace and security not won at the barrel of a gun and many military responses have been embraced by many leaders because they have failed to address root causes and instead they rush to address the symptoms and not the disease,” she said.

Osoru who is the outgoing President of the Forum of Young Parliamentarians of IPU and one of the MPs representing Uganda, made these remarks while addressing global legislators union at the opening of the general debate of the 140th IPU Assembly on April 7, 2019 in Doha, Qatar on the theme “Parliaments as platform to enhance education for peace, security and the rule of law.”

With the growth in violent extremism, terrorism and hate, Osoru reteriated the late Kofi Annan’s call to use education as a mechanism for peace building.

“No one is born a hater. No one is born a violent extremist. Hate is learned. To nip hate in the bud, we need to solve the problem at its root: in the minds and aspirations of young people. Education is the most powerful way to achieve this,” she argued.

The legislator added that in as much as military interventions across the world are needed; the most sustainable approach to peace and reconciliation in the long term is education especially of the youth.

“In 2018, the world spent $1.7 trillion dollars on the military. What if just a fraction of this money was redirected to education? When it comes to our own children and grandchildren where we need to translate this into laws and policies, we are failing to deliver,” she challenged fellow MPs.