Shocking truth: Kidnapped American tourist and her guide resurfaced on a bodaboda, security forces didn’t rescue them as earlier claimed! 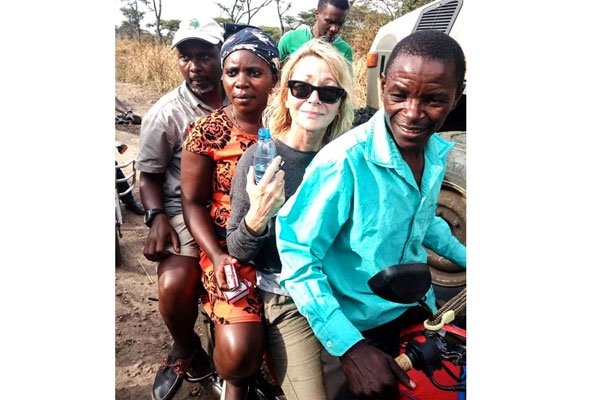 Forget the narrative earlier given by security agencies that they had rescued kidnapped American tourist Ms. Sue Kimberly and her Ugandan tour guide by exerting pressure on the kidnappers, whereby the kidnappers knowing they were being pursued dropped their hostages and ran off.

The latest we gather is that the American tourist and her Ugandan tour guide resurfaced from captivity on a bodaboda, after a ransom was paid to the kidnappers to set them free. And there are pictures showing Ms Kimberly riding on a boda boda with two other local passengers.

Apparently, after the ransom was paid, the American tourist and her Ugandan guide were dumped by kidnappers in the bush, whereupon they tried to find their way back to their camp and reached a settlement where residents helped them get onto a bodaboda to transport them to their camp. The bodaboda then transported the two back to their Wild Frontiers Camp at Ishasha on the Uganda-DR Congo border.

Reportedly it is Wild Frontiers, the local tour agency that took Kimberly on her ill-fated trip to Queen Elizabeth National park, which informed security agencies that the tourist and her guide had been released safely, whereupon the security officials picked them up for further information gathering and further transportation back to Kampala.