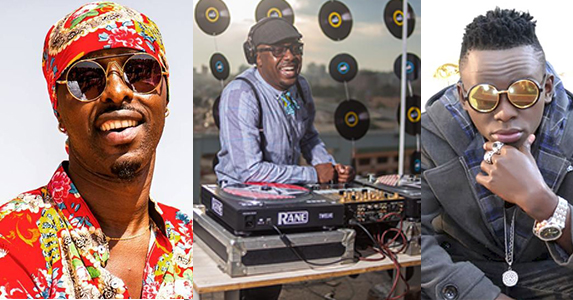 Disc Jockey Selector Jay will surely have a celebration of the century as he marks 15 years at the disc especially with the lineup that is slated to perform at the event that slated to take place tomorrow night at Club Guvnor parking.

The event will be featuring performances from some of the biggest names in Ugandan music and entertainment at the moment, these will include singer Eddy Kenzo, John Blaq, Mun G, Rickman of the “Ebango baliwanika” fame among many others that are expected to be part of the lineup that will be celebrating alongside Selector Jay tomorrow night.

Jay kick-started his deejaying career 14 years ago as a mobile DJ hanging around Age-nior Discotheque, now Club Guvnor, and playing at random places around Kampala. The high-spirited DJ has made quite a name for himself becoming a household name and playing at some of the best clubs and hangout spots in the country.

Organised by Muchachos events in partnership with Johnnie Walker Highball, the show will Selector Jay perform and spin some of his best DJ mixes ranging from Reggae, dancehall, oldies and many others.

Hon. Magyezi﻿: Voters in my constituency are angry at me for moving the Age Limit Bill, they ask me whether I am still strong like when I moved the motion