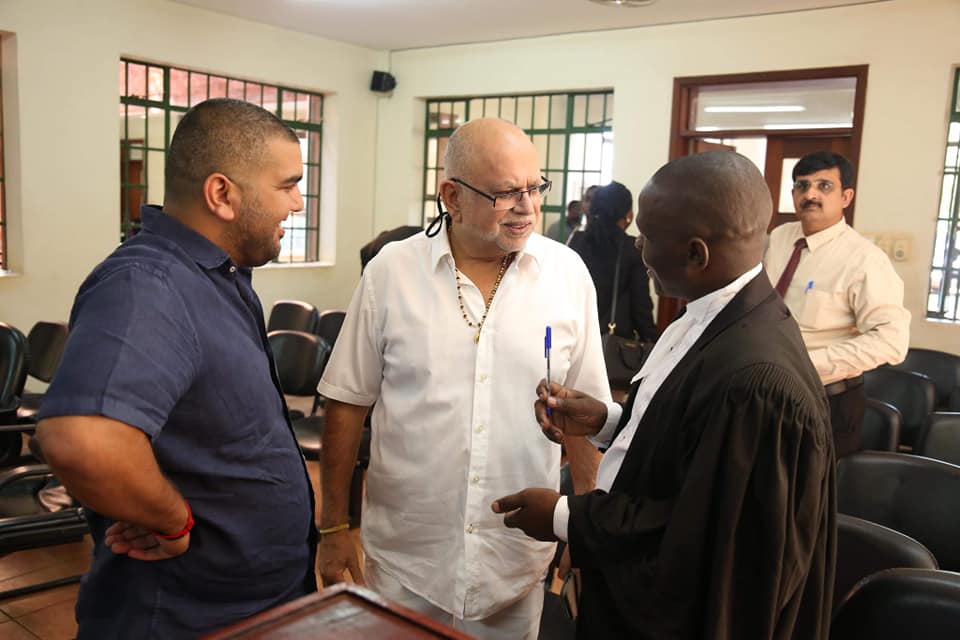 The ruling of the case in which city tycoon Sudhir Ruparelia wants DFCU lawyers Sebalu & Lule Advocates declared conflicted, and therefore unfit to represent the bank in a case against him has been differed to April 29.

The parties present in court this Wednesday morning to hear the ruling were informed by Justice Gadenya Wolimbwa that it was ready and it will be delivered on April 29.

Last year, Crane Management Services sued DFCU demanding rental arrears amounting to Shs2.9b and $385,728.54 in respect of tenancies of suit properties that were formally owned by Crane Bank. This followed DFCU having taken over Crane Bank in January 2017.

DFCU then hired Sebalu & Lule Advocates to represent them in the case, prompting Sudhir to sue for conflict of interest last December.

“In view of the advocate-client relationship between the applicant (Crane Management Services Ltd) and the 1st respondent (Sebalu & Lule advocates), the latter’s continued participation as defence counsel for the 2nd respondent (Dfcu bank) herein, which is the defendant in High Court Civil Suit (HCCS) No. 109/2018 against the applicant/plaintiff, is prejudicial to the applicant’s head suit,” Sudhir’s petition reads in part.

The tycoon wondered how senior lawyers cannot tell that they are conflicted, summing up their actions to try to represent DFCU as “greed.”

“The applicant (Crane Management Services) and Meera Investments are part of the Ruparelia group in which the shareholders are the same. Since the first respondent (Sebalu and Lule Advocates) acted for one company (Meera Investments), they acted on behalf of all the companies in the group,” Kyazze argued.

“All the companies were addressed through Ruparelia group and not as individual companies as the respondent (Sebalu and Lule Advocates) alleges.”

However, Ssebalu and Lule’s lawyers led by Peter Walubiri in their defense said that the fact that one time Sebalu represented that client does not bar him from advocating against the same client.

Sudhir has already won another conflict of interest case against AF Mpanga and MMAKS Advocates who were declared conflicted and couldn’t go ahead to represent Bank of Uganda in a case against him.

Zari responds to Diamond: A man who can’t take care of his kids is stupid, to me you don’t exist