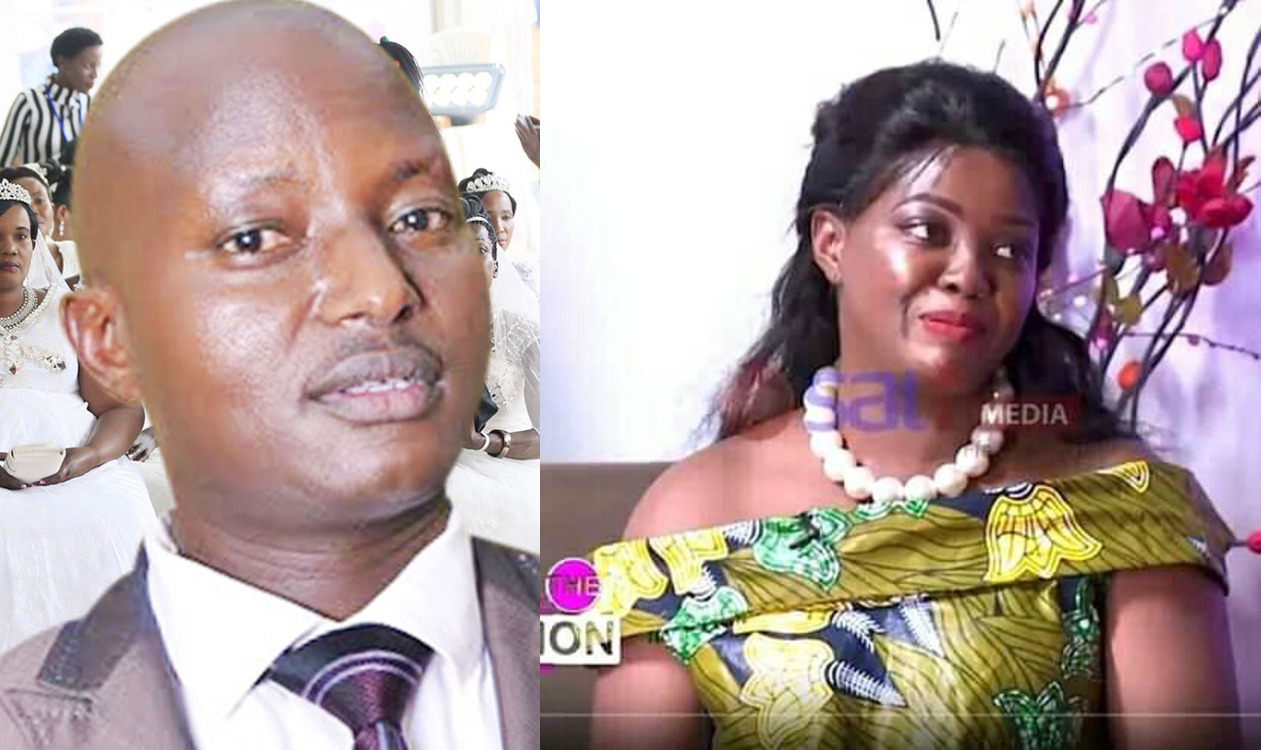 After Pr. Aloysius Bugingo of House of Prayer Ministries on Sunday telling his congregation that he is in bitter fight with his wife (Teddy Bugingo) and daughter (Doreen Gift Bugingo), the controversial preacher’s daughetr yesterday came out to say that her father is only trying to justify his impending marriage to one Susan Makula Nantaba, a memebr of House of Prayer Ministries and employee of Salt Media.

Pr Bugingo on Sunday said his wife and daughter are trying to sell off his land on which sits his church in Makerere-Kikoni, as well as his Salt Media empire (radio and TV). Then his daughter Doreen Gift Bugingo yesterday revealed that her father deserted his marital home in 2016 and went off to live with Susan Makula, leaving her and mother behind without giving them anything, and threatening to make sure they become totally poor. She said her father is set to officially take Susan Makula as his wife, and now is trying to give his congregation a reason to justify his marrying again which is against the Bible Standard.

Here we bring you a little about the said Makula:

Susan Makula, a fair lady in her 30s, is a member of House of Prayer Ministries, where she has reportedly been since the ministry opened.

When the ministry opened a media outlet, Salt Media, Makula started working on the radio Salt FM, where she hosts the morning show from Monday to Saturday, on top of being the station’s music scheduler .

On Salt TV, Makula is one of the three ladies who present The Junction, a relationship programme hosted by Pervin Senkubuge (daughter to one of the managers of Salt Media, veteran dramatist Charles James Senkubuge).

Sources from the church say Makula is more like the de facto CEO of Salt Media, calling the shots in the franchise, and that when her maroon RAV4 is around everyone at the Lungujja-based media house is at their best behaviour.

Sources at House of Prayer Ministries have also told Matooke Republic that Susan Makula (whose is the owner of one the main restaurants that sell food to congregants at Canaan Church.

Bugingo’s daughter in her interview yesterday said that her father and Susan Makula are housemates at Lungujja in Rubaga Division of Kampala City, and are planning an official wedding this year.

Celebrity Miss Curvy: 10 women stars who would make a serious case for the Miss Curvy title --tell us who would you pick as winner