We can’t make revelations to the media, but we are still investigating Bagyenda – IGG Mulyagonja 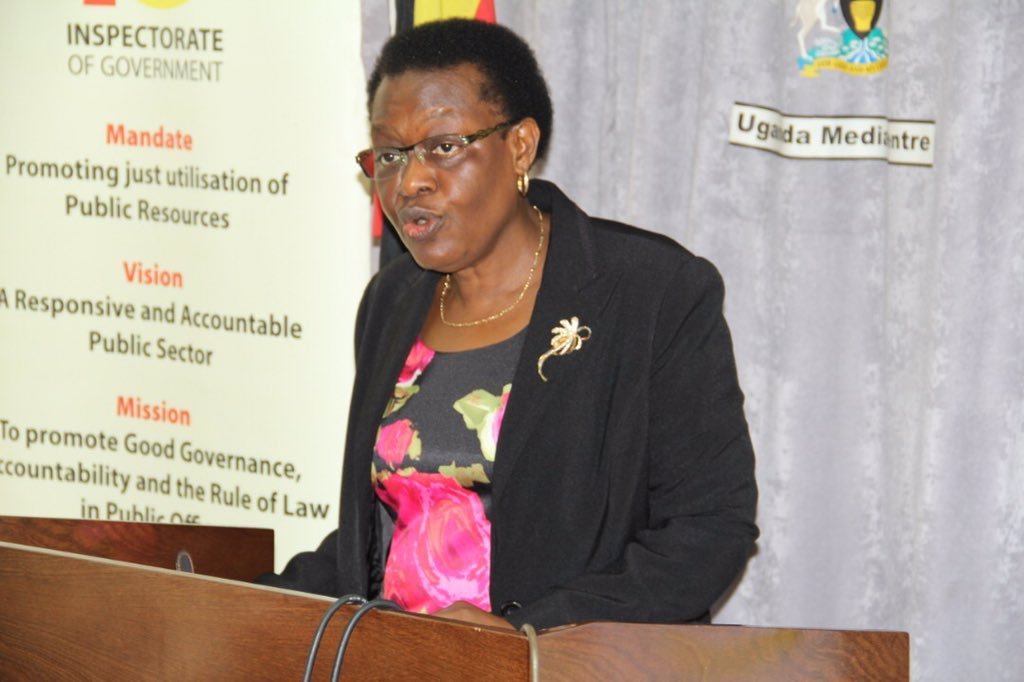 Inspector General of Government Irene Mulyagonja has recently come under fire over what is perceived as her reluctance to investigate and release a report on Justine Bagyenda, the former Bank of Uganda Executive Director Supervision.

Whistleblowers furnished the IGG with evidence showing Bagyenda’s vast wealth including Shs19bilion stashed away in three banks and over 17 prime properties in Kampala and Western Uganda. They pointed to illicit enrichment in the course of her duties as the wealth wasn’t commensurate with her earnings.

More than a year later, the IGG has been mute on whether the she carried out her mandate to investigate Bagyenda.

While addressing journalists at the Media Centre, yesterday, Mulyagonja said that investigations on Bagyenda are on-going.

However, she said that she was not at liberty to share every step of the investigation with journalists.

“Yes, we are investigating madam Bagyenda, but we shall not reveal anything to the media because the law doesn’t allow us and in any case, if we do so, we may sabotage other investigations,” she said.

Mulyagonja was addressing the press on the forthcoming 9th Commonwealth Regional Conference for heads of anti-corruption agencies in Africa which will be hosted by Uganda.

She said she will hand over the report to Parliament and the petitioner upon completion.

Bagyenda was relieved of her duties by Governor Tumusiime Mutebile in February last year. She hanged onto her office until she was due for retirement in June the same year, but had long been stripped of instruments of power which were handed over to her successor Dr. Twinemanzi Tumubweine.

She was a principle subject in Parliament’s probe into the closure and takeover of seven commercial banks after an Auditor General report pointed to possible collusion and corruption among BoU officials and beneficiaries.  Bagyenda was in charge of the process and it turned out she had sold some banks over phone among other irregularities.

Diamond: My being always dumped?All the women I have dated only left when I intentionally drove them to leave

Pastor Bugembe: My church (and its assets) is not in my name, it’s registered in the name of Worship House, everything it does is to give God glory

Pastor Bugembe: My church (and its assets) is not in my name, it’s registered in the name of Worship House, everything it does is to give God glory

We can’t make revelations to the media, but we are still investigating Bagyenda – IGG Mulyagonja