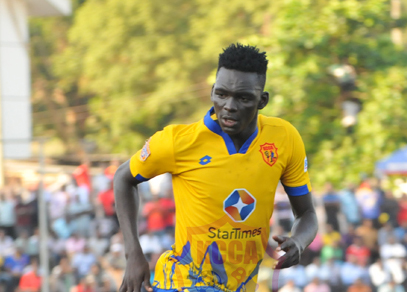 Matooke Republic has since learnt that the young lad left Uganda earlier in the week for trials at Spanish La Liga outfit Real Valladolid. And the even warmer news is that Kizza was yesterday (Sunday) involved in a trial match at the Spanish outfit, wherein he came off the bench in the second half and immediately made an impact by assisting a goal.

Apparently, Kizza will today be involved in another game as part of his trials at Valladolid, while negotiations between KCCA and the Spanish club (currently owned by Brazillian legend Luis Nazario Da lima) continue in the boardroom.

With two games to the end of the present La Liga season, Valladolid sit a point and a place off the relegation zone, on 38 points after 36 games, .

Mustafa Kizza is part of the latest pool of exceptional talents to be unveiled on the Uganda Premier League scene by KCCA FC coach Mike Mutebi (in what has been yet another ushering in of a whole new generation of special talents by the KCCA gaffer at Lugogo). The other hot items in the pool include: Allan Okello, Julius Poloto, Peter Magambo, Herbert Achai and Jackson Nunda.

Kizza (who joined the KCCA senior team in 2017 with the rather weighty task of replacing Isaac Muleme and Joseph Ochaya who had departed for greener pastures) has quickly risen through the ranks to become indispensable to KCCA over the past three seasons, both locally and on the continent. In such a short time the left-back has already won himself the nickname ‘Assist King’ as teeing up teammates to score goals has become his trademark

Pastor Bugingo: Controversy-filled week was blessing in disguise... over Shs36 million was collected towards church building