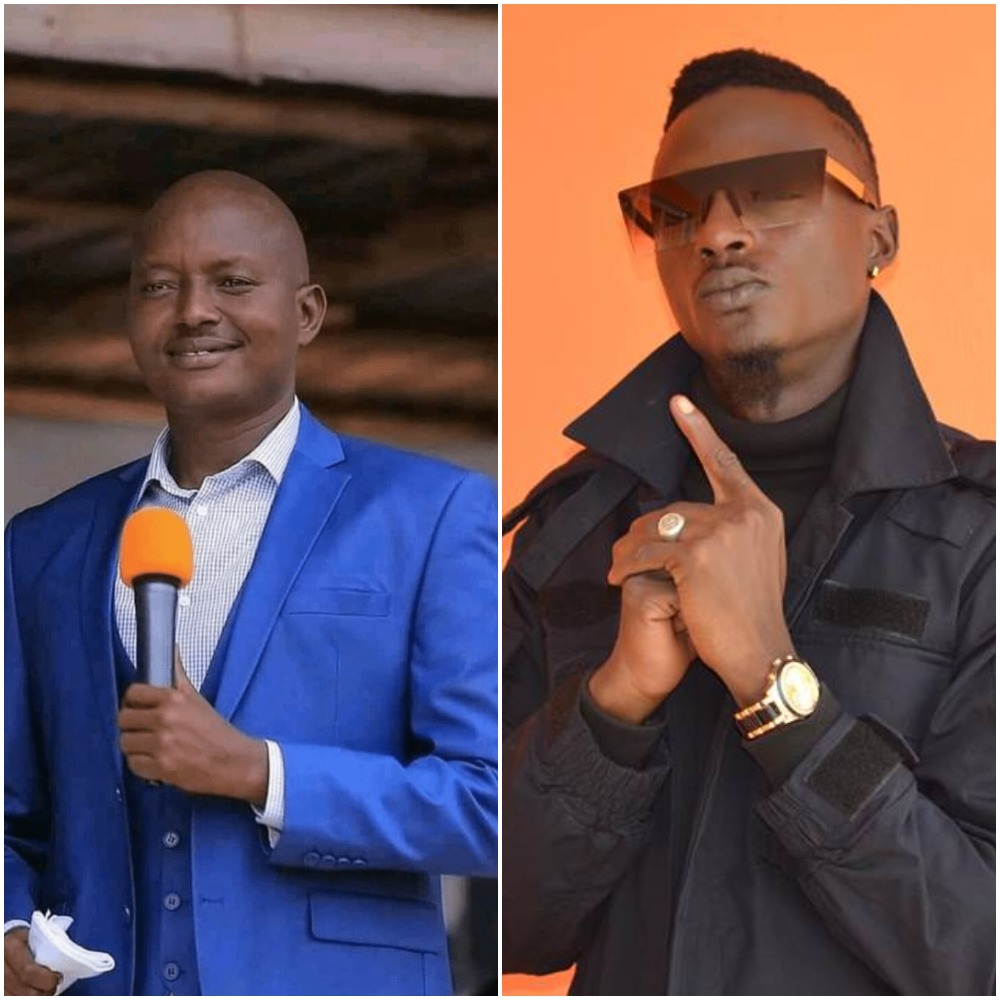 As the saga of Pastor Aloysius Bugingo’s marital woes continues to unravel, musician Agagana Khalifa (real names Sadat Mukiibi) has added his voice to the long list of public figures commenting on the issue and offering the embattled pastor advice. Calling upon the House of prayer Ministries honcho to convert to Islam so that he can freely have more than one woman.

Going as far as calling Pastor Bugingo ‘Sheikh”, Aganaga said Pastor Bugingo should stop claiming to be a Christian while having more than one wife which is contrary to Christianity, but instead openly convert to Islam and legally have his two wives.

Aganaga said: “Sheikh Bugingo, you chose to put a ring on your wife, and swore that you’ll be with her in good and in bad, now you’re in a catch… You’re not being obedient to Christianity by having more than one wife, what you’re doing is Islamic in nature…Your only escape route now is converting to the only religion that understood these challenges and allowed a man to have several wives, which is our Islam…Convert to Islam, then come and get officially wed in a mosque, so you save the world the drama where you’re a leader in a religion that doesn’t allow you to have more than one wife but have two wives….Now even the first wife won’t let you drop her!”