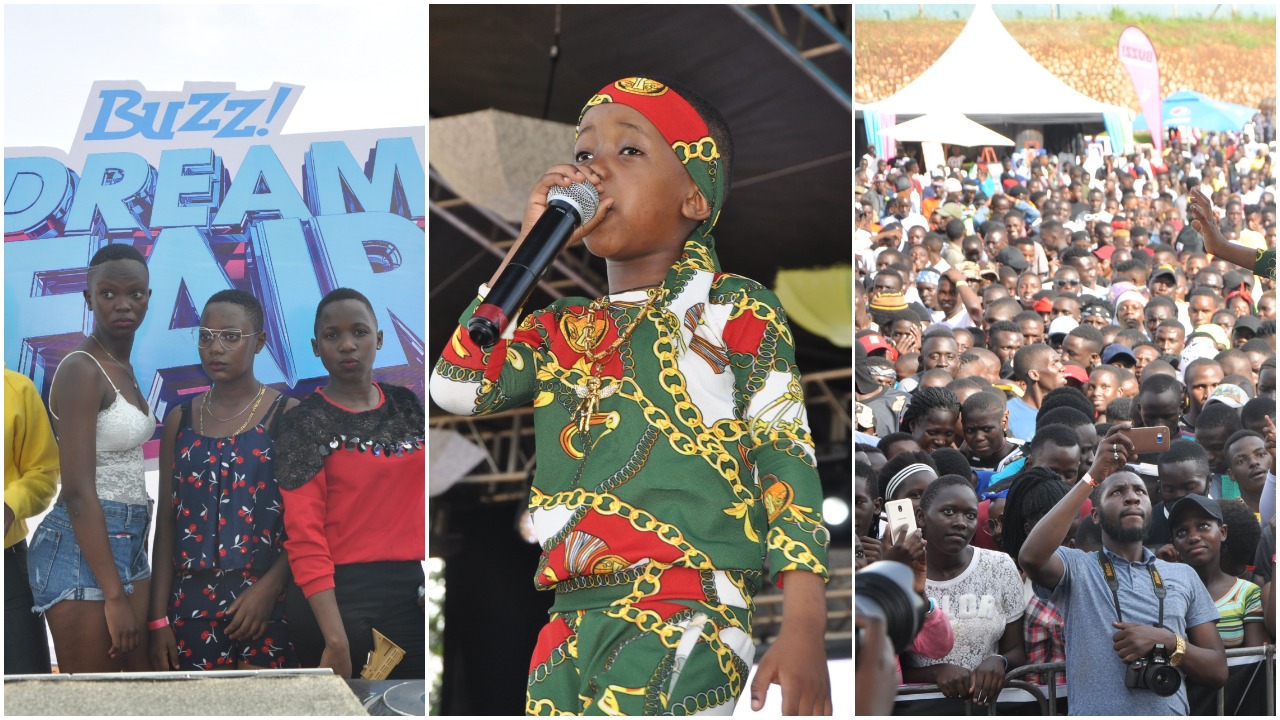 Being a ‘teeniez’ event, the local entertainment industry’s new kids on the block were the headliners of the maiden ‘Buzz Dream Fair’ that happened today at the UMA Gardens, Lugogo. And as you might expect, the youthful crowd was left demanding for more, as they expressed their enjoyment of the thrilling and energetic performances put on by the various artistes who hit the stage.

Fresh Kid, VIP Jemo, John Blaq, Vinka, Nina Roz and Grenade were some of the ‘fresh’ artistes who courtesy of their trending songs put up great performances that kept the audience on their feet. While all this was going on, some youths were enjoying the first ever Teen silent Disco which featured DJ Ali Breezy, DJ XYZL and DJ Lil.

Besides the silent disco and the performances, the teeniez were also taken through educative trends in art, fashion, music and technology. And this was done by some of their biggest their ‘role models’: Benon Mugumbya of Swangz Avenue, Isaac of Wakaliwood and spin-master DJ Aludah among, others.

Instead of begging Jumia, come be my ambassador –Deejay Crim offers Sheila Gashumba a job