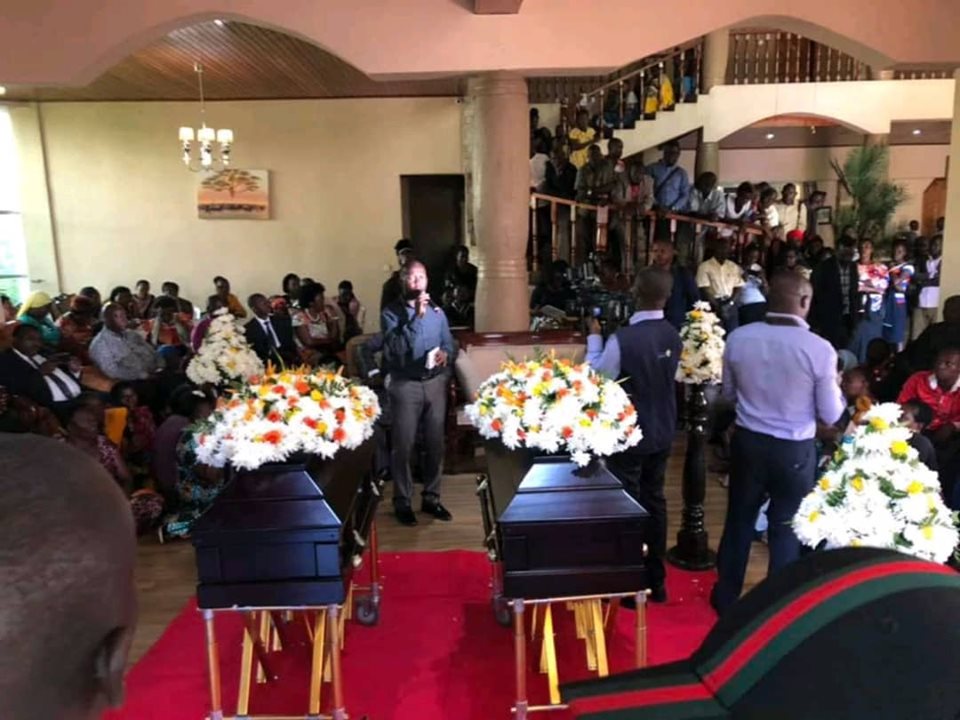 State Minister for Water Ronald Kibuule has spoken about losing his twin boys after they drowned in their home swimming pool on Monday evening.

Speaking to mourners during prayers at his home in Mbalala, Kibuule said his kids who were two and a half years love cars and they followed him to his vehicle intended to leave with him on Monday morning.

Kibuule said that when he left home, their mother Florence called him saying they were crying because they wanted to travel with him.

He told mourners that he received news that the children, Rayden Wasswa and Raymon Kato were not okay and had been rushed to Albert Hospital in Mukono.

“They didn’t tell me they were dead until I reached and confirmed myself,” he said.

Their mother Florence wasn’t home when the incident happened and police have arrested the family’s four domestic workers “to help with investigations”.