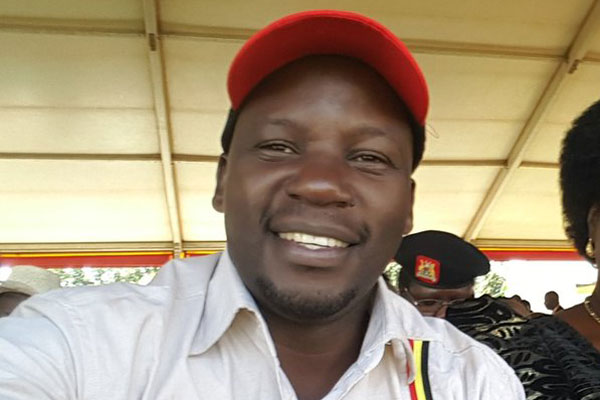 In the wake of the news that has been circulating, especially on social media, that the Minister of State for Tourism Hon. Godfrey Kiwanda is a wanted man over a debt of Shs, 100 million,the minister himself has come out to dismiss the news as totally fake rumors. This follows the emergence of images of an arrest warrant allegedly issued by the High Court indicating that Kiwanda be arrested to face the law over failing to pay a one Rajnish Jain.

Speaking in an exclusive interview with Matooke Republic this afternoon, the State Minister for Tourism said the news of his being a wanted man is not any different from the laughable fake stories that daily make rounds on the internet. He gave the example of a recent story that circulated on social media claiming comedian Ann Kansiime had passed on, and asked whether such news can be taken seriously by anyone. Kiwanda also didn’t rule out the possibility of the fake news of his being a wanted man coming from possible detractors or haters.

“People are always sitting on computers and coming up with such bogus inventions. We can’t spend all our time trying to show everyone that the stories are not true. What I can say is that I am a free man, honest in my dealings and no one is looking for me. I am busy serving Uganda,” Hon. Kiwanda said.

The said warrant in part read: “These are to command you to arrest Hon. Godfrey Kiwanda the judgment debtor and unless the judgment shall pay to you the sum of sh.104,574,700 together withUsh……………………as the costs of executing this process to bring the judgment data before this court with all convenient  speed…”

See the arrest warrant below: