Uganda is ahead of schedule to end new HIV/AIDS infections by 2030 –Director of Uganda AIDS Commission, Dr. Nelson Musoba 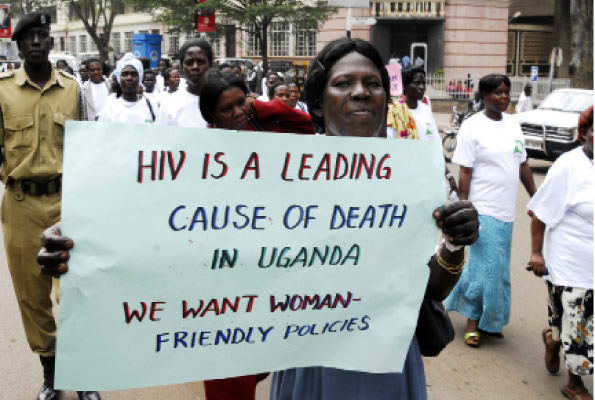 As the Uganda AIDS Commission today holds a conference at Hotel Africana to share ideas on the way forward in respect to ending new infections by 2030, the Director General of the commission, Dr. Nelson Musoba, has revealed that the country is ahead of schedule to achieving its target.

Dr. Musoba says over the past decade, Uganda has realized some impressive successes regarding the fight against the HIV/AIDS epidemic, and he lists a few reasons why the country should realize its target of ending new infections by 2030 ahead of time.

According to Dr. Musoba, 90% of all people diagnosed HIV are receiving sustained antiretroviral therapy, and all people receiving antiretroviral therapy have viral suppression. The doctor says this is the most important part of the struggle to end new infections by 2030, and the fact that the country is doing well at it means the target will be hit.

The UAC Director General also says that in a move to end new infections, government is setting up laboratory facilities that can offer paediatric HIV treatment at various local levels across the country. This should bring those who aren’t on antiretroviral treatment on board.

The UAC Director General also points out the fact that government has injected more vigor into initiatives aimed at creating epidemic awareness, especially amongst adolescents, saying this is drastically helping cut on new infections.

“We set the targets and surely we have achieved a lot beyond our expectations. 89% of Ugandans living with HIV/AIDS know their status and three quarters of these are on antiretroviral treatment,” Dr. Musoba says.

However, the UAC Director General says there is no room to relax, rather that there is need to continue reminding the masses that HIV/AIDS is still here with us and the fight is on.

Of the challenges ahead, Dr. Musoba specially points put the challenge among men, saying only 55% of men and boys living with HIV know their status as compared to 82% of women and girls. He says it is sad that some men still say they would rather avoid knowing their HIV status because they associate being HIV-positive with ‘emasculating’ stigma.

The new HIV/AIDS Uganda Report indicates that an estimated 1.3 million people are living with HIV, and an estimated 26,000 Ugandans die of AIDS-related illnesses. The report also reveals that sex workers, young girls and adolescent women and men are the most affected group of people when it comes to infections.

Still on challenges, Dr. Musoba sights the lack of political will and inadequate funding to the commission as huge obstacles holding back its activities towards eliminating the pandemic. He says that the commission received only Shs6.8 billion of its annual 20 billion shillings budget this year. And it’s now depending on global funding which will distort their target priorities.

Fresh Kid now has bodyguards, who also act as PS Bigirimana’s eyes and ears on the ground

Fresh Kid now has bodyguards, who also act as PS Bigirimana's eyes and ears on the ground

Uganda is ahead of schedule to end new HIV/AIDS infections by 2030 –Director of Uganda AIDS Commission, Dr. Nelson Musoba