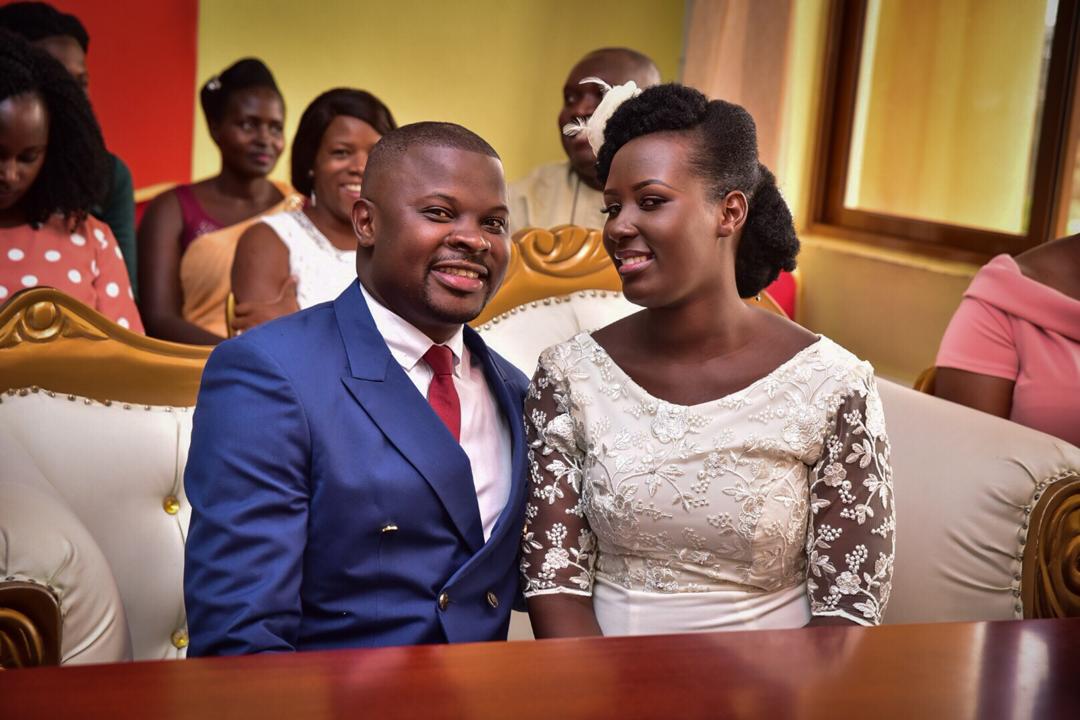 Media personality Andrew Kyamagero has revealed on why he opted for a civil marriage rather than church marriage as he made it official with his wife Linda Ndagire.

According to Kyamagero, churches have a lot of fees to pay yet in the civil setting a few charges are suggested.

“Civil marriage helps in cutting down costs that would be spent on paying ridiculous church fees, like decorations, church choir and priest fees among others,” Kyamagero said.

Besides, with the revelations he has heard from close friends who say churches always forget to secure marriage certificates for the couples he says his decision to opt for the civil marriage was the best.

“Many of my friends who have gone through church marriage have found that their certificates were not registered by URSB (Uganda Registration Services Bureau), therefore to avoid all that drama, I decided to do it once with civil marriage,” he said.

Nevertheless, the NTV News Anchor says his decision doesn’t reflect anything do with disbelief in religion. He confirms that he is a born again Christian while his wife is an Anglican.

Speaking on his choice of donning roman costumes on his wedding that happened over the weekend, he said; “the Romans inspired us with their strength and mantras to conquer.” He adds that he had to pull off a fresh look that is not common in most of Ugandan ceremonies.

“Suits have been the norm on all Ugandan ceremonies, I had to give a new look to that,” he said.

The invited wedding guests arrived for the ceremony clad in Roman attires that left many applauding the Kyamageros’ for changing the wedding norm.

I have never been gay, It’s Goodlyfe who began that story to blackmail me when I became competition to them --Eddy Kenzo