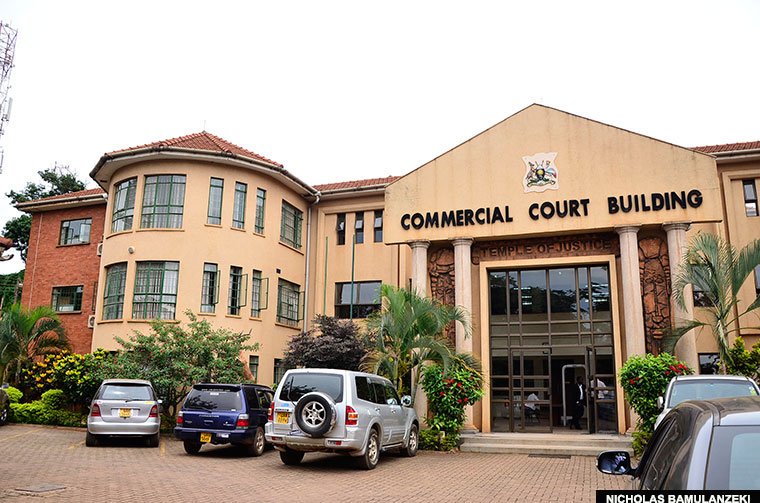 Court has moved to compel Bank of Uganda and DFCU Bank to pay Shakil Pathan Ismail, a former employee of the defunct Crane Bank Limited who won a Shs82m case against DFCU Bank in January. Shakil sued the bank for unlawfully blocking/deducting Shs62m from his account.

Since the ruling delivered by the Head of the Commercial Court, Justice David Wangutusi who ordered DFCU to pay Shakil his Shs62m, which also attracted 21 per cent interest per annum from April 2016 on till payment is made in full, no action has been taken to the effect.

Wangutusi had also awarded damages of Shs20m and also ordered the bank pays a further 6% interest on damages from the date of judgement till the amount is fully paid.  The judge also ruled that DFCU meet Shakil’s costs of the suit. Shakil is yet to receive his payment more than four months after the ruling and has made an application to court, to ensure he receives his payment.

Hence, on Friday, May 24, High Court deputy registrar Flavia Nabakooza commanded both Bank of Uganda and DFCU Bank to appear before court on June 4, to show cause why their accounts should not be attached.

The money is held by BoU as the garnishee and DFCU bank is the debtor.

“An order Nisi doth issue against the garnishee to appear before this Honourable Court on the 4th day of June, 2019 at 11.30am to show cause why the money it holds on the judgment debtor’s account should not be attached and paid to the judgment creditor,” Nabakooza wrote.

The costs of Shakil’s application to have his money paid are to be met by DFCU.

In 2017, Shakil sued DFCU Bank for the recovery of Shs62m, which he said the bank unlawfully blocked/deducted from his salary account.

In their defence DFCU contended that they are not successors in title to Crane Bank Limited but only acquired some of its assets and liabilities in 2 January 2017.

“This position is buttressed by the Employment Act. Section 28(2) provides;

The relationship between the Plaintiff and Crane Bank simply shifted to DFCU by operation of the law. This position would however have been changed if the Plaintiff had been privy to the Purchase of Assets and Assumption of Liabilities Agreement,” Wangutusi ruled.

While awarding interest, Wangutusi ruled that; “It is without doubt that the defendant kept the plaintiff (Shakil) out of use of his money. The bank must have used this money for commercial purposes. It is also without doubt that if the plaintiff had borrowed that money from the bank, he would have paid it back at commercial interest rate. What is good for the goose should also be good for the gander.”

The ruling meant that DFCU Bank can suffer all the previous liabilities inherited from Crane Bank provided the victims of these liabilities were never privy to the purchase of Crane Bank assets and liabilities.

I can turn down an offer of being a minister because I don’t have the knowledge to do that, its music that defines me- Bebe Cool

The budget is not for the people, it’s centered to benefit President Museveni- Hon Ssewungu speaks out

The budget is not for the people, it's centered to benefit President Museveni- Hon Ssewungu speaks out