The budget is not for the people, it’s centered to benefit President Museveni- Hon Ssewungu speaks out 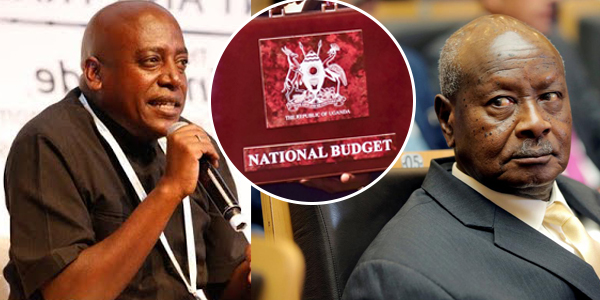 Amidst condemnation from Opposition, Parliament on Friday passed the 2019/20 financial budget worth Shs40.5trillion. Outspoken Opposition Member of Parliament Hon. Joseph Gonzaga Ssewungu has expressed his dissatisfaction towards the budget saying it has no gesture of goodwill.

Speaking to Matooke Republic on a phone call interview, Ssewungu said the budget is not people centered.

“The budget is not people centered; it is centered to benefit the president.” Ssewungu said.

According to the Kalungu West Legislator, they (opposition) had a minority budget which was turned down. He further revealed that Deputy Speaker Jacob Oulanyah told them to forget and delete their budget.

Yesterday,  Parliament passed a Shs40.5trillion national budget for the financial year 2019/20 with a 20percent increment from last year’s financial  budget which stood at Shs32 trillion.

In the new budget, government plans to spend Shs10.6 trillion on its operations, Shs7.7 trillion for the development projects and Shs 9.4 trillion is for external financing.

Other sectors were allocated, Shs1 trillion for the agricultural sector, Justice, law and order will get 1.6 trillion and the accountability sector Shs1.9 trillion among others.

Rajiv Ruparelia to make his Autocross debut this Sunday, says his main focus is to finish the rally

Rajiv Ruparelia to make his Autocross debut this Sunday, says his main focus is to finish the rally