“I was ready to get married to Nalubega but realized the relationship was a set up by rival pastors”- Pastor Yiga speaks out on baby mama three years after her death, threatens to sue her lawyers over child custody 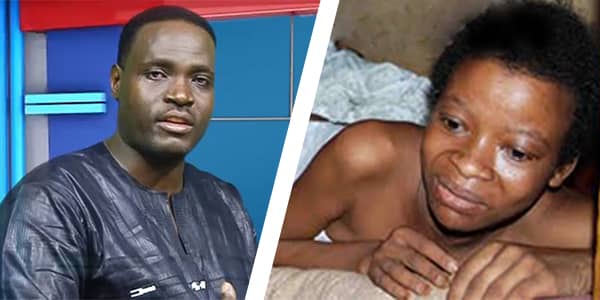 Controversial Pastor Augustine Yiga has threatened to sue Nsamba advocates for not giving him his child. Nsamba advocates where the lawyers of Brenda Nalubega, a lady that made headlines in 2015 when she dragged Pastor Yiga to court saying that he raped and impregnated her. She later lost her life to Tuberculosis.

Appearing on a local TV interview Pastor Yiga has finally spoken out on the events that transpired with Nalubega. According to Yiga in 2005 he was in a two weeks relationship with Nalubega but later learnt that she had been set up by rival pastors.

“I had hopes of getting married to Brenda, She was a very beautiful girl. I was shocked when a Pastor called me and informed me that I had impregnated a certain girl.” Yiga said

Pastor Yiga also said that when he realized it was Brenda the Pastors were talking about, he informed them on his plans to get married to her but he was informed that he would have to wait for her to give birth.

“I never saw Brenda pregnant, I never saw her breast feeding the child neither did I see the child.” Yiga added on

He further said that he was tasked to pay millions of money and was later taken to FIDA in 2007. He said that the rival pastors used the situation to blackmail him.

“I want to demand my child from Nsamba advocates. If the child is really mine why is he that side yet the mother died.” Yiga said

Contrary to Yiga’s story, before her death, Nalubega said that the man of God called her for a prayer session where he instead raped her and got her pregnant. She also said that Yiga infected her with HIV and was not looking after the child.

However the Revival Christian church leader through his lawyer Faizal Muralila denied the accusations of failing to provide for the child. He went on to display a payment schedule that his client had been making at Nabweru Court as proof.