After undergoing intensive preparation at Startimes and Namboole stadium for the past two weeks in a residential camp, a 20-man final Uganda Cranes COSAFA bound team has been named and it is jet off to Durban City, South Africa today afternoon at 3pm.

“Every player is ready to give his best in the COSAFA Championship. The players know the value of team work. I have full confidence in my players  and i expect them to deliver’  Said Abudallah Mubiru who is handling the team in the absence of Head coach Sebastien Desabre currently in Abu Dhabi with the Uganda Cranes AFCON Squad.

Uganda Cranes will begin the tournament at the quarterfinal stage against Lesotho on Saturday June 1.

Fresh Kid’s mother cries out: “My son was kidnapped by his father. He wants manager Francis to build him a house and also get him a better job”

Are MPs about to strike? Parliament confirms they have gone two months without pay

Are MPs about to strike? Parliament confirms they have gone two months without pay 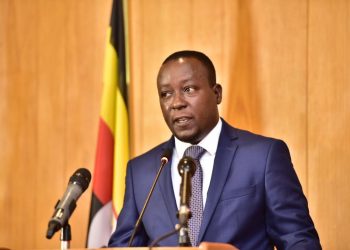