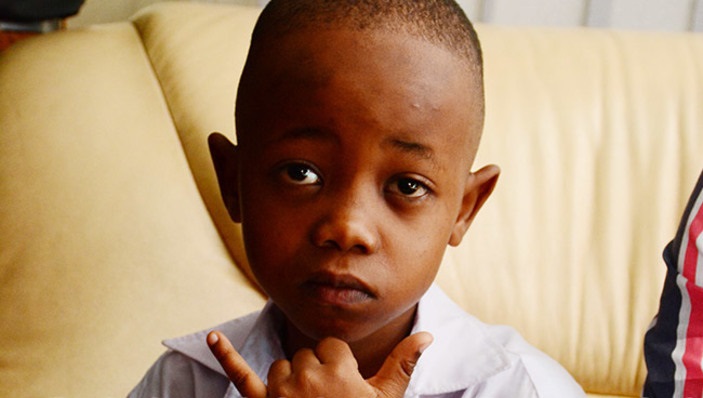 Just as we thought that Fresh Kid’s education breakthrough will bring him more happiness, the toddler real names Patrick Ssenyonjo has revealed that he is uncomfortable.

“I am not yet faded. I am at school,” said Fresh Kid when asked about his recent rare event performances.

“I am not comfortable as I used to be. I told him (father) about it but he did not say anything,” he added.

Yesterday the rapper’s manager Francis Kamoga came out and expressed his frustration about the limited time he is recently getting in trying to push Fresh Kid’s music career. Kamoga said even on weekends where the kid is not at school, the father confines him at home.

“Fresh Kid got the sponsorship because of his music talent,” Kamoga said. “We must not abandon it. It also means a lot to his future,” he added.

Since Fresh Kid commenced his education journey at Kampala Parents, his father decided to take full control over him and they have been staying together in Naguru.

It will not go on: Kadaga gives Munyagwa’s attempt to re-examine BoU probe in relation to closed banks a red card