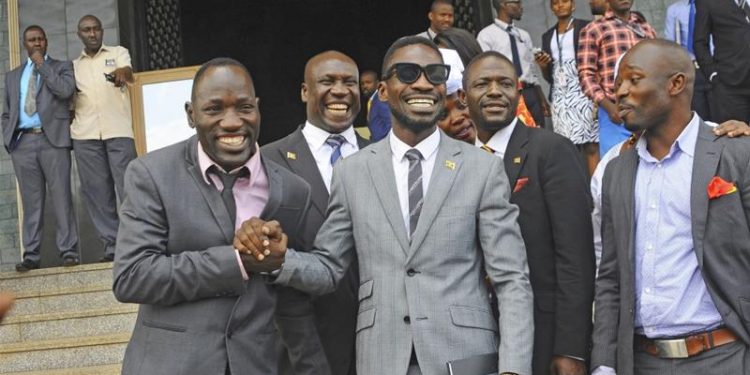 Former Kamwokya LC1 chairman, Fred Nyanzi Ssentamu who also happens to be an elder brother to the Kyadondo East legislator Hon. Robert Kyagulanyi has revealed that it was a painful decision for their family to let Bobi Wine join politics.

“We as the ‘Kyagulanyi’ family sacrificed Bobi Wine for the good of Uganda. We are now his followers,” Nyanzi said on a local TV interview.

Nyanzi also asked Ugandans to be thankful to God for giving them Bobi Wine a person he describes as the vision bearer of the new generation.

The former Chairman admitted to once have been a loyal cadre to both President Yoweri Museveni and the National Resistance Movement (NRM), but he says it’s time for Museveni to hand over the office.

“Museveni should bow to the pressure of the new wave and hand over power,” Nyanzi said.

He added, “I need Museveni to accept and join People Power. I would like to see him following Bobi Wine.”