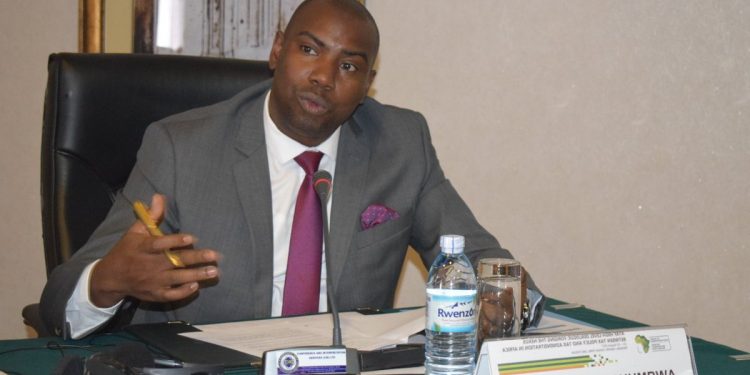 Uganda Revenue Authority has distanced itself from the scandal where Bank of Uganda imported national currency notes this April and it turned out that they were a total of 25 palettes instead of 20 on the privately chartered plane.

URA Customs Commissioner Dickson Kateshumbwa says BoU should own up to their mess. The development follows news breaking yesterday that several BoU officials had been arrested by State House’s Anti-Corruption Unit in connection with the bank’s procurement and supply chain activities.

While the unit’s head Col. Edith Nakalema didn’t divulge the details surrounding the saga, it was believed that the BoU officials were involved in printing extra cash for their private benefit. Word quickly went around social media that the officials had imported over Shs90 billion for themselves.

This detail has not been confirmed and Government Spokesperson Ofwono Opondo yesterday admitted that several private individuals including Mandela Millers and MTN Chairman Charles Mbiire had personal cargo on the plane that was chartered specifically to ferry Ugandan currency.

Nakalema also quizzed customs and Civil Aviation Authority officials. Following the development, URA has come out to distance themselves from any wrong-doing.

Below is URA’s official statement on the saga

In April this year, URA Entebbe Customs was informed by BOU of an impending import of Currency and requested to facilitate quick clearance. A private chartered plane arrived and as normal practice for sensitive cargo Customs facilitated clearance of the currency at the tarmac in presence of BOU Officials, BOU Security, Aviation Security, Police and other security agencies. The consignment was offloaded, inspected and loaded on BOU vehicles and taken to KAMPALA under heavy security escort.

The same plane contained other cargo which belonged to various individuals / companies / organizations. As per normal customs clearance procedure, this cargo was offloaded into the licensed bonds at the airport and subsequently the owners made customs declarations, paid applicable taxes and Customs physically verified each consignment to ascertain accuracy and consistency with the declaration and released the goods to the owners.

Each consignment had its individual airway bill. Customs was not party to the airline charter arrangements between BOU, the airline and the other owners of the goods.

It is not the responsibility of Customs to concern itself in logistical arrangements of importers or exporters. Our duty is to ensure that imported cargo through the airport is received and tallied with the cargo manifest, verified and is cleared inline with the Customs Laws as established under the East African Customs Management Act (EACCMA).

In this particular consignment like all others, our Customs staff followed the procedures to the dot and we can account for the cargo cleared fully.

URA has provided the details of the information required by the investigators and we are available to offer any clarification if required.

URA should not be dragged into logistical contractual failures or mistakes of BOU and their service provider.

How Ugandans are cracking jokes out of the BoU 'money heist'