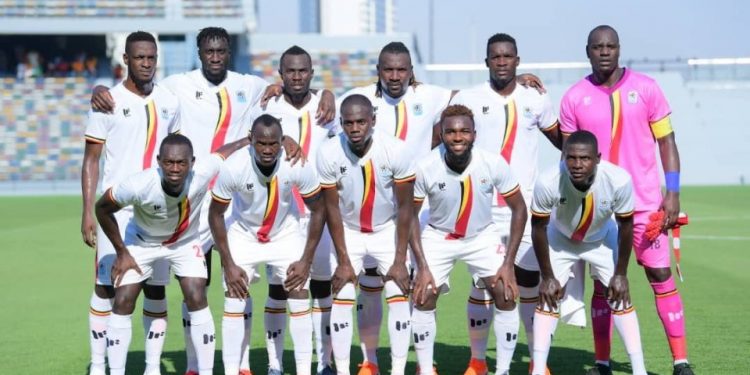 It is a public secret that Africa is the greatest ally of age fraud especially when it comes to sports personalities. In football, it has become normal for players to lie about their ages.

Ahead of the 2019 AFCON Finals in Egypt, all the 24 teams have already submitted full details of their final squads and for now, Uganda Cranes take our interest.

Away from your debates of official age versus real age, here are the Uganda Cranes’ oldest and youngest players according to Federation of Uganda Football Association’s (FUFA) submissions to the Confederation of Africa Football.

Africa’s finest goalkeeper and team Captain Denis Onyango is the oldest player on the squad having made 34 earlier this year. His age is justifiable by fact being he is currently the longest-serving player on the national team.

Little known Michael Azira is 31 years but will be making 32 in August. His age cannot be that much subjected to doubt since his has traded his footballing skills in the Canadian-based Montreal Impact since childhood.

Following closely is Cranes’ second-in-command both as Captain and service, Hassan Wasswa who is also 31 and you can believe that.

Just like Wasswa, maybe even Godfrey Walusimbi ‘can explain’ his age. He is just 29 years young.

Backup goalkeeper, Robert Odongkara is also 29 and waited to follow in Onyango’s footsteps since 2010 when he made his senior national team debut.

Born in Sweden and playing for Östersunds FK as a defender, many can enormously agree with Ronald Mukiibi’s age. He is 27 and making 28 in September.

It is official! Emma Okwi is just 26-years-old waiting to celebrate his 27th birthday on Christmas. But you can suggest the age that suits him.

KCCA forwards Patrick Henry Kaddu and Allan Kyambadde are age mates at 23 years but their club Captain Timothy Awany is a year younger.

Faruku Miya and Abdu Lumala are the youngest players on the squad both tied at 21 years. We shall discuss Miya’s age another day but Lumala was born in Uganda before his parents relocated to Sweden when he was a little boy. It is in Scandinavia where he lifted himself to donning the national colours so his age checks out.