I cannot end up like ‘Bosco Katala.’ If things get tough, I go to my garage – Mr Google speaks out on how he has stayed humble despite the limelight 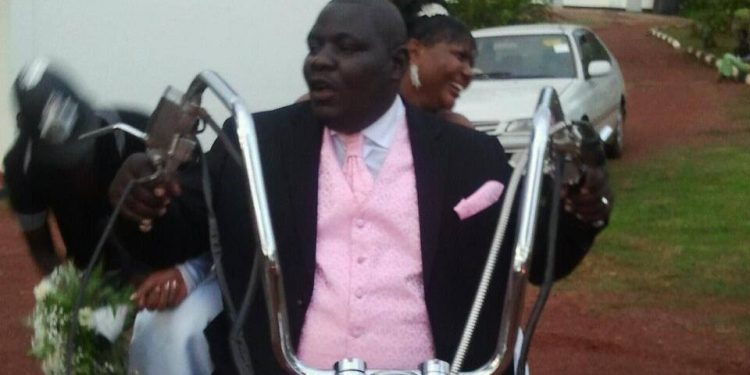 Here is the life of Edward Kiwanuka that you do not see in the internet advert.

The father of three whose TV Ad has stolen hearts has been married for the past 15 years. He is a mechanic.

“I grew up thinking the only job in the world is being a mechanic,” Kiwanuka said.

Kiwanuka further said that ever since the ‘Mr Google Sir’ advert hit the airwaves the number of clients at his garage have sporadically shot up.

Speaking about whether the advert has affected his family, Kiwanuka said that his daughter begged him to pick her from school so that her friends could know that she is the daughter of ‘Mr Google Sir.’

“I want you to come to school, I keep telling them that you’re my father but nobody believes,” she begged him.

Kiwanuka says he has not let the fame change his life though. Before the advert, he was a mechanic and away from the advert he is still a mechanic.

Unlike Bosco Katala whose financial situation went from stable to rock bottom, Kiwanuka says he has a backup plan. if he falls out of favour in the media,he will go back to being a full-time mechanic.

I cannot end up like ‘Bosco Katala.’ If things get tough, I go to my garage – Mr Google speaks out on how he has stayed humble despite the limelight