I am not an ambassador for any shoe company; Bravo just gave my son a free pair of shoes — Fresh Kid’s father refutes landing ambassadorial gig 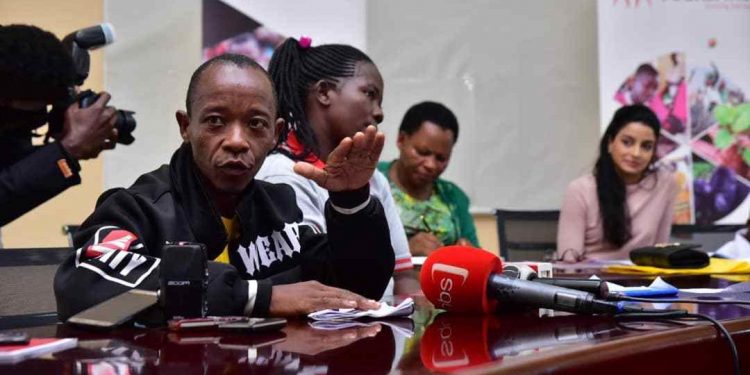 Last week media was awash with claims that Fresh Kid’s father, Paul Mutabaazi had hit another ‘jackpot’ after being appointed as an Ambassador for Bravo Shoes Company.

But in a phone interview with Matooke Republic on Monday morning, Mutabaazi denied knowledge of the said ambassador role.

“Those are lies. I am not an Ambassador for any company and I have not received any money from that shoe company,” Mutabaazi said.

However, he revealed that the only connection he has with Bravo Shoes Company was when they offered a free pair of shoes to his celebrity son, Patrick Ssenyonjo alias Fresh Kid.

Even then, Brian Yesigye – the proprietor of the shoe company was fulfilling a pledge he made to take care of Fresh Kid’s ‘go-back-to-school’ shoes.

“He gave my son (Fresh Kid) school shoes but this didn’t make their ambassador,” he said. It was Yesigye’s Facebook photo with Mutabaazi that got people thinking that he had landed a gig to market the company but alas.