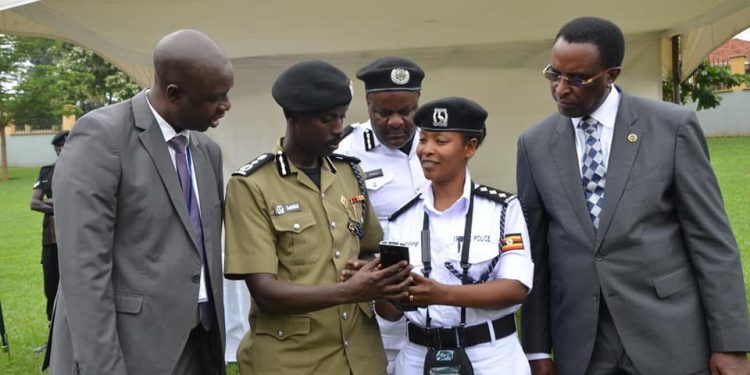 Uganda Police Force has launched an Electronic Express Penalty Scheme in which new portable electronic machines and printers will replace receipt books. A total of 1400 traffic officers have been trained to use the new system.

Speaking at the launch of the system earlier on today at the police headquarters, Traffic Police Director, AIGP Steven Kasiima said the new system is the right solution to cover up their illiterate officers and also tame defaulting drivers.

“There were challenges in reconciling the records with Uganda Revenue Authority whereas some offenders didn’t want to pay the tickets given to them,” AIGP Kasiima said.

He added, “You find a taxi driver with tickets worth five million shillings not yet paid and this has always brought us problems from the Auditor General’s reports.”

Kasiima revealed that currently, there are tickets worth Shs48 billion that have not been paid between 2007 and 2016.

“Defaulters can be tracked using the system because driving permit numbers and number plates of vehicles are captured by the system,” Sabiiti said.

I am not an ambassador for any shoe company; Bravo just gave my son a free pair of shoes -- Fresh Kid’s father refutes landing ambassadorial gig