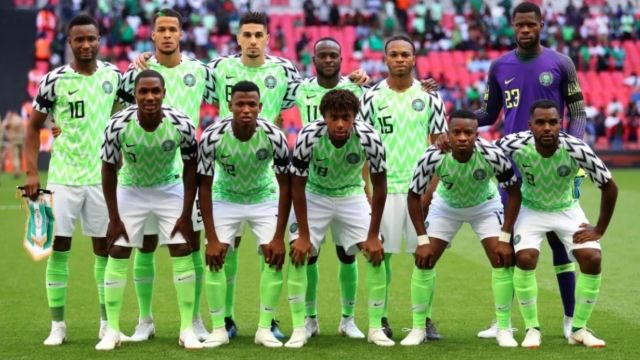 Nigeria has joined the list of African teams that have had differences with their football federation over unpaid AFCON match bonuses. The Super Eagles were demanding their match winning bonuses that had not been pained after their 1 – Nil win against Burundi. They were promised $10,000 each after every match, plus a $200 training bonus every day.

The Nigerian Football Federation has had corruption scandals in the past and has on more than one occasion failed to clear allowances and bonuses for the players. Ahmed Musa skipped a press conference yesterday because he was in a meeting with fellow Super Eagles players about the same.

This was followed by an hour late arrival for training. Nigerian Football Association spokesman Ademola Alajire said the matter had been resolved after receiving part of the funds demanded by the players. The players have since suspended the strike.

Other teams that have had such rows include Cameroon and Zimbabwe. The defending champions arrived 24 hours late in Egypt, whereas the Zimbabwe had to first sign a contract with Zimbabwe Football Association (ZIFA) to guarantee payment.

Nigeria will face Guinea at 5:30pm, after which our very own Uganda Cranes will face Zimbabwe at 8:00pm tonight, Ugandan time.