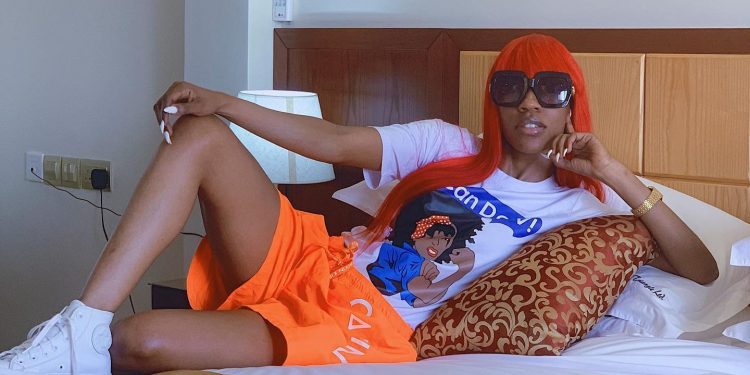 Veronica “Vinka” Lugya doesn’t seem to be fazed by social media trolls as she keeps dropping good music every month. This month’s fresh tune is “Yo Body”, a mid-tempo track written and produced by Daddy Andre. The song is about a man with a body that is so fine it will make her go crazy. That is surely one hell of a body.

The production is synonymous with West African productions, but that does not take away its freshness in the ears of the listener. Although the ‘Malaika’ singer has been mocked in the past for not sounding feminine, she does exceptionally well on the vocals in this one, balancing the mood transitioning from the first verse to the chorus.

Deep into the song, background vocals come in on selected parts not to crowd the audio. This is not a go down low and sweat it out kind of song, it is rather ideal for a close up with your partner so you can, as she says, touch da ting. The song came out visual ready, its video directed by Ivorian French videographer Kunai Lester, on a location in London.

‘Yo body’ is the 6th track coming off what is believed to be a 12-track album, although Vinka’s manager told our reporters they could be more. It should also be noted that the first lady of the Muyenga based record label, Swangz Avenue signed a multi-album recording deal with Sony Music Entertainment last month.