You will share the condolences whether the service is at church or at home — Namirembe Diocese responds criticism, says sharing is voluntary 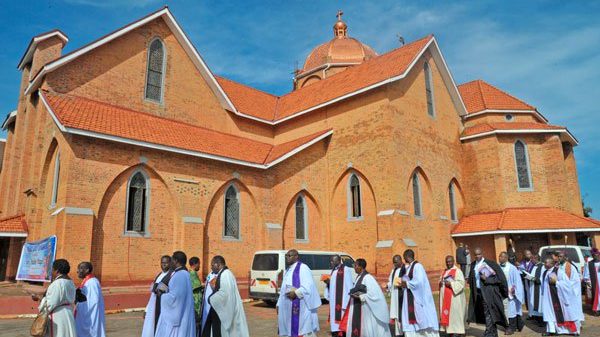 Rev. Canon Nelson Kaweesa, the Secretary of Namirembe Diocese has revealed that the recently announced percentage allocation of condolences will not be forced to anyone but rather given at will.

Kaweesa said church is not a tax collecting institution to pin or give penalty to anyone who fails to clear.

“It is not any form of tax because in church we don’t collect taxes; the condolence sharing will be done at will,” Kaweesa said in a local television interview.

He also disclosed that the recently adopted condolence sharing system will apply to services held both at church and at home.

On the issue of the first communique that indicated a 75% share for the church and the deceased’s family 25%, Kaweesa apologised for the mistake adding that it was corrected upon realisation.

PHOTOS: Here are your next Miss Uganda contestants. Who should replace Abenakyo?

Broke UBC now negotiating with CAF to broadcast AFCON games on credit, says government hasn't given them a single penny

Broke UBC now negotiating with CAF to broadcast AFCON games on credit, says government hasn't given them a single penny