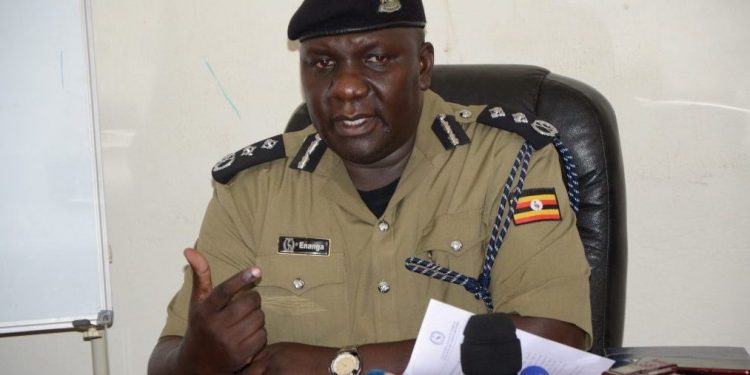 Uganda Police Force through its Homicide and Flying squad departments are actively investigating a gruesome murder of a boda boda rider, by two un identified male robbers, who were posing as potential clients before they strangled and repeatedly hit him with a stone to the head hence killing him instantly and running away with his motorcycle.

Police says the reason for circulating the video to the public is to help in the identification of the two male suspects. However, it adds that the cyber forensic experts are currently analyzing the CCTV footage for facial recognition and formal identification of the suspects, as well as the registration number plates of the stolen motorcycle.

“We are also engaging managers of all boda boda stages, whose members could have disappeared or anyone that might have knowledge about a missing rider or the two male suspects, to contact police,” police said in a statement.

“We want to use this opportunity to remind all boda boda riders, of continued threats against them, of robbers posing as potential clients. We urge them to avoid late night transactions, avoid carrying more than one passenger and to share trip details with colleagues,” it added.

The gruesome incident occurred on Saturday at round 4am, at Kakeeka Zone, Rubaga Division, in the Kampala district and was captured on the CCTV cameras of a nearby nursery and primary school.