I slept on a veranda for a while before the askari chased me away for failing to pay KShs80 (Shs3,000) – Bebe Cool opens up on life in Nairobi 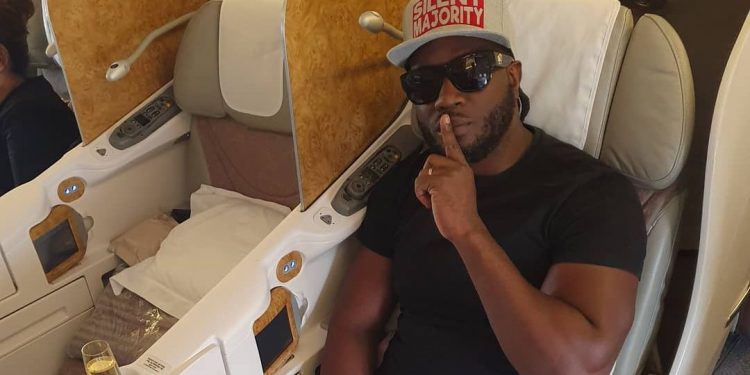 Sometimes life stories are not always magical tales with happy endings. Everyone has a story to tell. Even the hardest of guys, Moses Ssali, popularly known for his stage name Bebe Cool, the self-proclaimed “Big Size Bba Wa Zuena” was once broker than a church mouse.

In an interview, Bebe Cool revealed that he once slept on streets in Nairobi due to lack of money to pay for accommodation.

“I went to Nairobi with only Shs120,000 and it was done in three days so I decided seek asylum on the streets,” Bebe said.

The singer would soon run into trouble with the askari for failing to pay Kshs80 (Ushs3,000) for lodging on his verandah under his watchful eye.

“While I was on the street, I met an askari who allowed me to sleep on a street veranda where he was guarding. This man was charging Kshs10 per night but I was only able to pay for the first few days. Time came when I didn’t have money and my bill went up to Kshs80. The askari chase me away from the veranda,” he narrated.

But Cool never gave up. He walked around Nairobi and luckily found a studio where he met a man called Mohammed. After playing him a demo, he liked his talent and gave him a free room to in the studio. His career started there.

The singer has now won multiple local and international awards, the most recent being the Best Male Artist East Africa at 2018 AFRIMMA Awards.

Ssebuufu, six others get 40 years in prison for the murder of Dona Katushabe, ordered to pay Shs100m compensation

I slept on a veranda for a while before the askari chased me away for failing to pay KShs80 (Shs3,000) – Bebe Cool opens up on life in Nairobi