Are Ugandan men not good enough for Miss Uganda Queens? 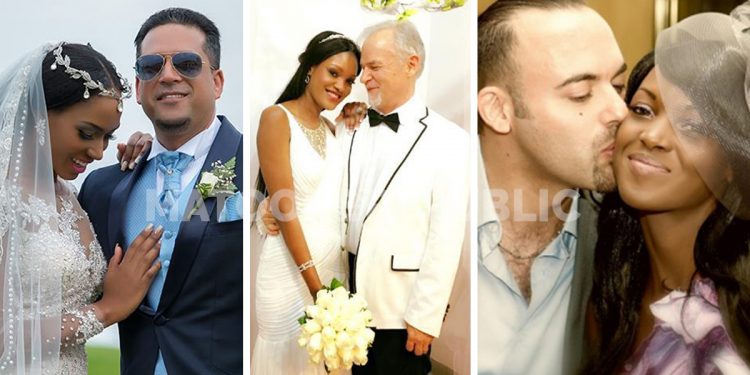 Last week, Miss Uganda Contestants 2019 were unveiled and a few weeks are left to the grand finale. Matooke Republic takes you down the memory lane of the former beauty queens and how many of them have settled for white men.

Nabunya was the first beauty queen to be crowned under Sylvia Owori’s regime. She became a Kampala socialite, dating a rich Lebanese businessman known as Jalal. However, the two broke up and she relocated to Boston, USA to live with her mother.

Former beauty queen Nassanga is married to a white man known as Sigler Eric, the couple is blessed with a daughter Jazmine Soraya. Nassanga who lives in Miami is into real estate business.

Kimbugwe is a live-in girlfriend to US-based Ghanaian doctor in Miami, Florida. She works as a dentist.

Mwima who earlier this year shocked the world with her baby daddy revelation is married to a Lebanese Nader Barrack. The couple is blessed with three children. She is currently into charity work under her organisation Mwima Foundation.

Namutebi is married to Talent Africa Boss Ali Alibhai. The two are blessed with a son. She is the current Miss Uganda Project Manager.

Sheebah grants Matooke Republic exclusive access inside her house. Here are photos from the sitting room to bedroom