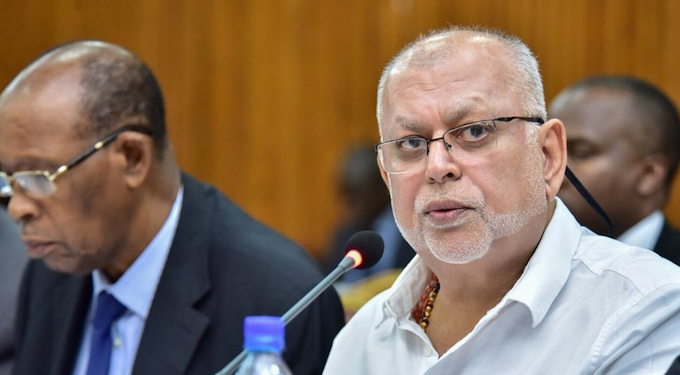 City Mogul Dr Sudhir Ruparelia through his lawyers Kampala Associated Advocates maintained his position of objection in the lengthy legal battle with Bank of Uganda (BoU) where the Central Bank, in 2017, alleged that he swindled Shs397 billion from Crane Bank.

Dr Sudhir first objected to BoU claims on July 3 in the preliminary hearing of the case, and has once again done the same and now wants court to dismiss the case because it (BoU) overstepped its mandate in filing the case.

“When dissolving a bank, BoU had three options. It can put someone in management in what is called statutory management, receivership or liquidation and it chose to go for receivership. Under the law, specifically, only the manager and the liquidator can sue. The case cannot be filed by a receiver,” said Mr Ellyson Karuhanga, one of the lawyers representing Dr Sudhir.

Karuhanga argued that it is not provided anywhere in Ugandan financial laws for BoU to sell financial institutions.

It should be noted that Crane Bank was placed into receivership by BoU and because of this; it had no mandate to sue anyone.

“The receiver cannot be sued on that act and cannot sue anyone. His action is protected by the law. The second point we are raising is that the receivership is limited by time, the law gives the receiver 12 months to carry out its function and after this, he cannot do anything,” Karuhanga argued.

He added, “For us, a receivership, unlike the others, is not a siege, they are not surrounding the bank to find out what is happening. The law does not allow the company whose majority shareholder is a Mauritius based company to obtain those companies as is the case of Crane Bank,”

Prior to its placement into receivership, Dr Sudhir was no longer the majority shareholder in Crane Bank having sold 47% of the banks shared to Kenyan businessman Mr Rasik Kantaria (Chairman Prime Bank ltd) who later transferred his shares to White Sapphire Ltd, a company incorporated in Mauritius.

In their defence, BoU lawyer Dr Joseph Byamugisha said that a financial institution placed under receivership still has the power to commence or to continue with the civil suit.

Dr Sudhir counter-sued BoU and Crane Bank in receivership and demanded Shs28 billion in damages for breach of contract.

The ruling for this case is set to take place on August 26 by the Head of Commercial Court, Justice David Wangutusi.