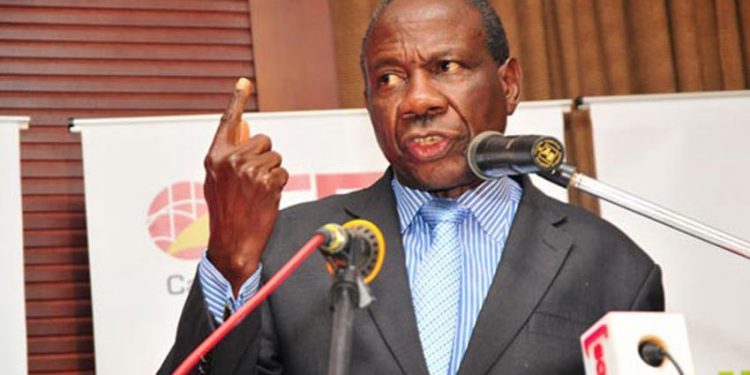 The Minister of Finance Hon. Matia Kasaija has said that government is considering to implement some of the recommendations from the probe report into Bank of Uganda (BoU) operations that led to the controversial closure of seven commercial banks in the past 20 years.

The said recommendations were proposed in a February 2019 report that was compiled by Parliament’s Committee on Commissions, Statutory Authorities and State Enterprises (COSASE) that was chaired by Bugweri County legislator Hon. Abdu Katuntu.

The committee spent over five months interrogating BoU top officials over the procedures employed during the closure of seven commercial banks, the most recent being Crane Bank Limited (CBL) which was closed in October 2016.

In a recent interview with The Daily Monitor newspaper, Kasaija said that he had tasked BoU officials to study the COSASE report findings and recommendations and come up with their own report with clear actions they intend to take internally before government intervenes.

Kasaijja said he recently received the said report from BoU.

The Finance minister then hinted on reorganizing the BoU board as a likely part of the actions in the pending government intervention plans.

“We have received a report from Bank of Uganda showing the actions they have taken. But I cannot give you details on these actions too. The report was sent to me about three days ago.” Kasaija is quoted as saying.

During a heated debate as legislators discussed the report findings on the floor of parliament, the Prime Minister, Dr Ruhakana Rugunda, who is also the head of government business, made it categorically clear that government would take serious action on the several inconsistencies in BoU’s closure of commercial banks.

But even before the said actions would be announced, BoU was in the spotlight again, after a Presidential Tripartite Committee that was set up by President Museveni in May 2018 unearthed more inconsistencies in the management of the central bank.

The committee that was also chaired by Hon. Abdu Katuntu found out that there were irregular staff transfers and appointments in the central bank.

BoU Governor Emmanuel Tumusiime-Mutebile is said, on February 7 2018, to have issued an internal memo announcing a number of staff transfers and appointments.

In the memo, Mr Mutebile is said to have appointed five staff from outside the bank to various positions, a decision that prompted some dissatisfied staff to petition the ombudsman.

The report partially pointed out that the central bank was polarised by cliques; one affiliated to the governor Tumusiime Mutebile and the other to his deputy Louis Kasekende.

The committee faulted the Governor for ignoring the board to promote nine staff to the level of Assistant Directors, creating new positions as well as recruiting five new officials from outside despite some not meeting entry requirements to BoU positions.

The probe revealed that of the five, only a one Mr Ojangole was found to have passed the minimum entry requirements, while the rest were either under-qualified or did not have the required experience for the respective offices.

Among the recommendations the tripartite committee thought would ease tension at BoU, was for the President to create a second position of Deputy Governor/s, as well as a clear separation of power for the position of the governor from that of the board chairman.

The committee advised that one deputy governor would be in charge of administration while the other would help the governor on the core function of the central bank.

In conclusion, the report highlighted that BoU officials had made many “questionable decisions” and contravened sections of the Financial Institutions Act during the closure and sale of seven commercial banks that include- Crane Bank, National Bank of Commerce, Global Trust Bank, Greenland Bank, Cooperative Bank, International Credit Bank, and Teefe Trust Bank.