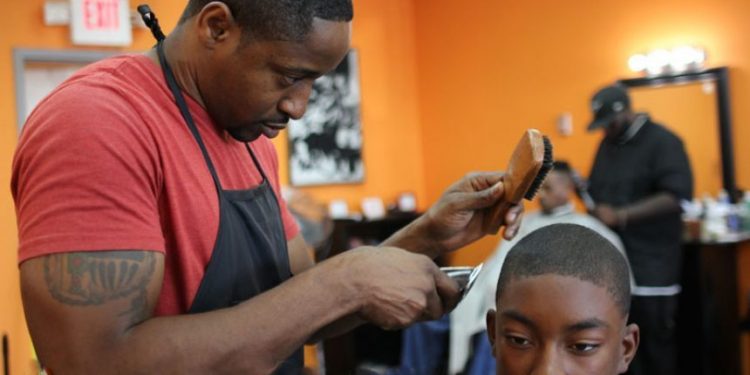 In a long discussion, Phillip intimates that in his 31 years, he has only had two barbers – one in his village and the other in Kisaasi where he currently stays. Two of his colleagues begin to recall how many men have touched their head. They are not more than three.

Stalking the convo, a female who has been quiet all along is losing her head. All these men have been sleeping around (from their relationship stories) but have never, not once cheated on their barbers. Why? She asks.

Matooke Republic has done a brief survey that has revealed – centrally to popular beliefs that men are actually loyal creatures and they, from time to time, show their loyalty to football clubs and barbers. Here are a few reasons why:

The understanding between a barber and a man is top notch. The feeling of sitting in that chair just to answer questions like, “Sir, what style do you want?” A real barber already knows the answer. But women; even when she knows you have been working all day. They ask, “Honey, where have you been? With Who? Why? When? Where? Doing what? Even when the man is smelling beer, the woman will ask; Baby, were you drinking?

Men go through a lot, and they would love some silent time for self-reflecting. When a man goes to the salon, he can decide to sit in the chair and be silent for as long as you want, and your barber will not bother asking why you are not talking to him. However, a man cannot do that with her girlfriend. She will even think he is focusing on someone else yet all he wants is to be silent and think through things.

Unless there’s good reason, a barber will not change prices for fun. There’s a logical explanation as to why. Maybe it’s the methylated spirit or UMEME has done its thing. But women, today the shampoo is 20k but two days later, it is 80k. Kasaija has not read the budget, there has been no new taxes but the price of shampoo has tripled. How?

A man will find it easy to get a new girlfriend than get a new good barber. This is because there are more good women than good barbers. A barber can keep a man looking fresh for his girlfriend anytime, any day but she will stress him out in equal measure. Actually, barbers marvel at how fast men’s hair grows. They don’t know it is stress after stress.

Of course we won’t tell you the other reasons we were given but what’s for certain is that there’s more to a haircut. If your man gets one every week, it’s time to stop and reflect.