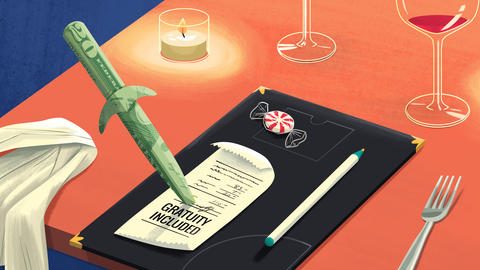 The weekend is here and most of you are going out to have fun, but a bigger percentage of you will not tip your waiters. We know this because first of all, we are Ugandans, and secondly, we know that the tipping culture in Uganda is one that comes with mixed reactions across different fields. A tip is a token of appreciation after receiving a great service. It could be in a restaurant, a bar, a bank teller, a salon, a tour guide, name it.

The biggest percentage of Ugandan waiters and bartenders has decried Ugandans for not tipping them, even after giving them great service.

“It is very hard for a Ugandan to tip me. I think it is because they are poor and always running on a tight budget.” Justine, who works as a waiter in one of the restaurants in Kampala said.

The average Ugandan working in a restaurant or hotel in Uganda earns between Shs150000 to Shs300000, and it would be alright if the tips came in to complement their salary.

“My salary is small; it would be great if I made at least Shs10000 in tips every day. It would even be greater if I get an opportunity in an upscale restaurant where the bazungu eat from.” Justine continued.

Waiters and bar attendants working in restaurants and bars in affluent neighbourhoods of Kololo and Munyonyo have a higher chance of getting tips than their counterparts in Nateete or Kisenyi. The former group most definitely expect to be tipped, whereas the latter are instead surprised if you do.

Tipping is not mandatory, but it is always a great gesture.