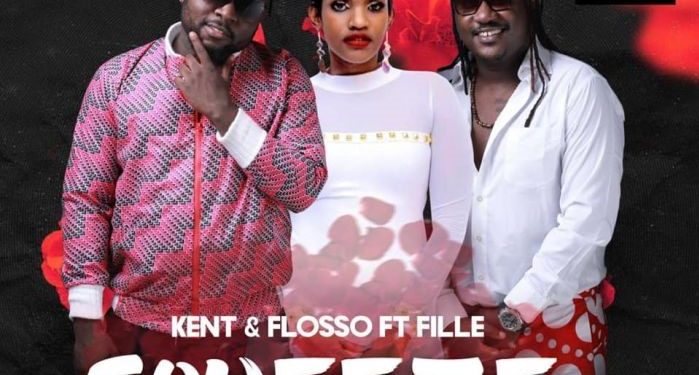 Voltage Music’s Kent and Flosso released the video of their joint project with Fille, titled Squeeze. Going by the title, the story runs along the lines of asking for a ‘squeeze’ dance from a lady, and other things like promising the lady anything if she goes on to give the man her number.

The song was written by the Kent and Flosso, and produced by Rinex from his Power Records studio in Ntinda. The mid-tempo song incorporated the beautiful voice of Fille, who sings the chorus and comes on in the second verse.

The video was shot by Zyga Phix from Virtual Media on a location in Makindye, and takes on the “night party in the woods” theme. This doesn’t go without mentioning the fact that it is not the fanciest of videos, although you wouldn’t blame the artistes because they don’t have the biggest of budgets.

The song has been well-received nevertheless, climbing local music charts on TVs and radio stations week after week and yet to attain a peak position.

When our reporter contacted the artiste manger of the Overdose singers, he said that Squeeze is one of the several collaborations the hardworking duo is releasing this year, including projects with Jose Chameleone, Bebe Cool, Winnie Nwagi and Ragga Dee. With these bigger artistes, we can only hope for better videos to come.

What could Swangz Avenue and TNS be up to?