OUR CRUSH: How Dennis Onyango gained his foot in South Africa, scored a goal and started living large 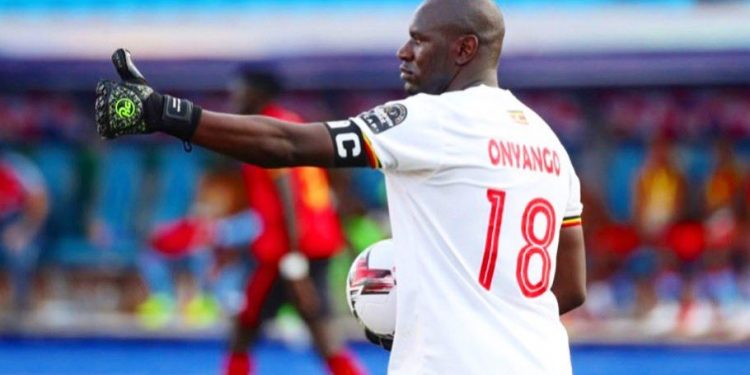 If you have been following the Africa Cup of Nations (AFCON), you cannot have missed the goal keeping heroics of Uganda Cranes goalkeeper and Captain Dennis Onyango. The South African based high-towering goalie made a string of saves in the tournament that have made people truly believe he is the best goalkeeper on the continent.

The 34-year-old went through the youth stages of Sharing Hall football club in Nsambya, before joining SC Villa in 2004. A year was enough for him to prove himself at Villa as he attracted St. George SC from Ethiopia who signed him in 2005.

While in Ethiopia, Onyango looked for hungry for greatness as he consistently put up superb displays. And it’s no surprise that after one season he made a higher profile transfer to Supersport United of South Africa.

Four seasons at Supersport seemed to portray Onyango as an average player to many even though he scored a goal, hence he was sold to Mpumalange Black Ace where he slowly rediscovered his magical gloves. In 2011 he made another dream transfer to Mamelodi Sundowns.

However, his breakthrough at Mamelodi looked impossible having been regarded as the third choice goalkeeper. But after three seasons, Onyango showed his ability to stand in as the first choice. As we speak, Onyango has been pivotal in the recent success story of Sundowns. He has collectively won over nine honours in South Africa.

Onyango made his Uganda Cranes debut in 2005 making over 70 appearances, He has gone on to be voted the Best African Best Player based in Africa in 2016, the first Ugandan to do so. In 2016, Onyango was also on the list of top 10 goalkeepers in the world.

Sources indicate that he earns around R80000 (Shs20.7m) per month. The big man prefers big things, as he recently bought a Grand Cherokee Jeep worth Shs337m. No wonder according to reports, he was against the Uganda Cranes players’ strike over FUFA bonuses last week.

INTERVIEW: Fun Factory’s Richard Tuwangye tells us about the topics he fears to ‘touch’ despite them having a variety of funny skit angles

INTERVIEW: Fun Factory’s Richard Tuwangye tells us about the topics he fears to ‘touch’ despite them having a variety of funny skit angles

OUR CRUSH: How Dennis Onyango gained his foot in South Africa, scored a goal and started living large