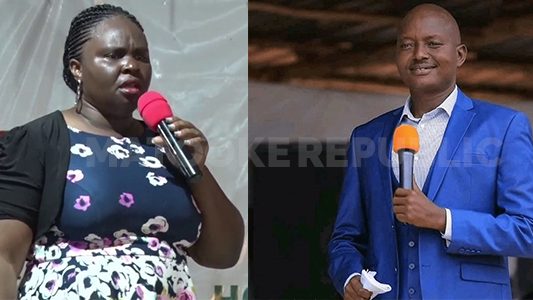 Pastor Aloysius Bugingo of the House of Prayer Ministries on Friday accepted to let half of the property accumulated during his 29-year marriage with wife Teddy Naluswa go in exchange for a divorce.

In a closed door court hearing at the Chief Magistrate Court in Entebbe, Bugingo made it clear that he is not willing and ready to reconcile with Naluswa. He said he should be allowed to marry another woman of his choice.

Through his lawyer Ronald Luhinda, the pastor offered to relinquish half of his Shs2b property to make sure the divorce is granted.

Amongst the property include; Salt Media, House of Prayer Ministries International, plots of land in Wakiso and Mukono, among others.

However, Naluswa through her lawyer Julius Galisonga said she cannot just let go of her 29-year-old marriage. She said Bugingo has no major reason of why he is divorcing her.

This was the first hearing where both Bugingo and Naluswa appeared before court. Bugingo filed for divorce two months ago and in his application, the pastor indicated that he had lost the love and attraction of Naluswa. He said this was due to Naluswa’s cruel nature.

VIDEO: The most notorious drivers, roads in Kampala as captured by Police's CCTV cameras