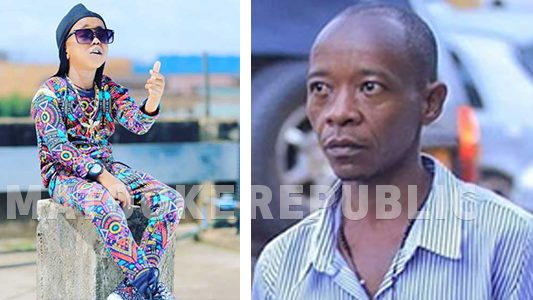 Seven-year-old trending rapper, Patrick Ssenyonjo popularly known as Fresh Kid has disclosed that he doesn’t know anything about his Father’s new song Mazike which has become the talk of town.

During an interview, the Bambi singer who has just jetted back in the country from Dubai where he had gone to perform at a cultural event, was asked to comment on his father’s new song and he said that he doesn’t know anything about the song and he has never heard of it.

“What do you mean by Mazike and by the way, what is Mazike? It is a new word in my ears and I have never heard it anywhere so look for another question because I don’t know anything about Mazike,” Fresh Kid said.

Fresh Kid also went ahead to say that the trip was great and was enthralled by the reception he got in Abu Dhabi and Dubai. However, he also said he faced some challenges like the sunshine that he says was too hot and language barrier because Dubai is a multi-cultural city.