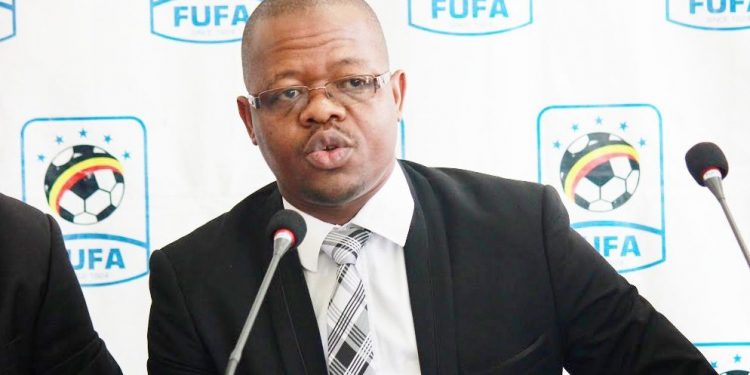 Federation of Uganda Football Association (FUFA) has held its first press conference since Uganda Cranes bowed out of the 2019 Africa Cup of Nations (AFCON) happening in Egypt.

During the presser, FUFA President, Moses Magogo claimed that before they left Egypt, no player was demanding a single dollar from the Federation as their recommended money had been deposited to their respective accounts.

He revealed that the most active players on the team that played both in the qualification and final campaigns this year earned almost Shs500 million.

“We have overachieved,” said Magogo before claiming that overachieving should not only be measured in Cranes’ qualification performance but the public should also know FUFA is offering huge allowances and bonuses to players more than their clubs which should not be the case.

On the departure of Head Coach Sebastien Desabre and the new direction of the Uganda Cranes Technical staff, Magogo said that coaches are not prisoners and are entitled to the mobility of opportunities.

“We reached a mutual agreement with Desabre and as FUFA we had to respect his decision,” Magogo said.

In his usual soft voice, Magogo disclosed that the Federation has already announced the availability of technical positions on the senior national team. Currently, Abdalla Mubiru is the new Uganda Cranes Coach interim coach, assisted by Livingstone Mbabazi, Sadiq Wassa and Geoffrey Massa.

“The FUFA Emergency Executive Committee has already announced the positions available. And as FUFA we shall be looking at ability, not nationality when recruiting the persons for the positions.” Magogo explained.

Magogo said the intention of the presser was to close the 2019 campaign and usher in a new one called ‘Project 2026’ where he claimed that plans are underway to see that Uganda achieves the dream of qualifying for the World Cup.

Amongst the so far identified strategies that will see them achieve that feat, Magogo said FUFA is going to focus on exporting more local players to top European Leagues.

VIDEO: Someone hasn’t spoken more than five times in Parliament but claims he wants to become president -- MP Peter Ogwang hits out at Bobi Wine