VIDEO: Someone hasn’t spoken more than five times in Parliament but claims he wants to become president — MP Peter Ogwang hits out at Bobi Wine 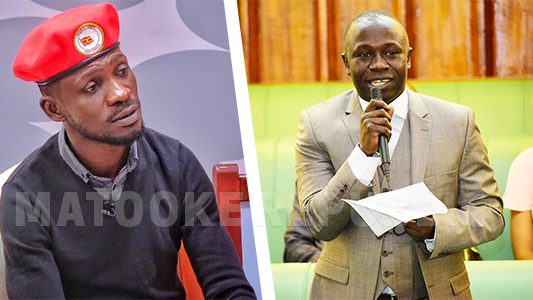 “Someone hasn’t spoken for more than five times in Parliament but they are claiming they want to become President,” Ogwang said on a local television show.

The Parliamentary Commissioner, without saying names, said that some people claim that they know everything yet they are naïve.

“When you ask those persons whether they know the parliament rules of procedure, they don’t know them.”

He cautioned youth to desist from associating with politicians who promise them heaven on earth.

“Nobody can cause radical change in this country. There are cases where attempts have been made and they have failed badly,” Ogwang added.