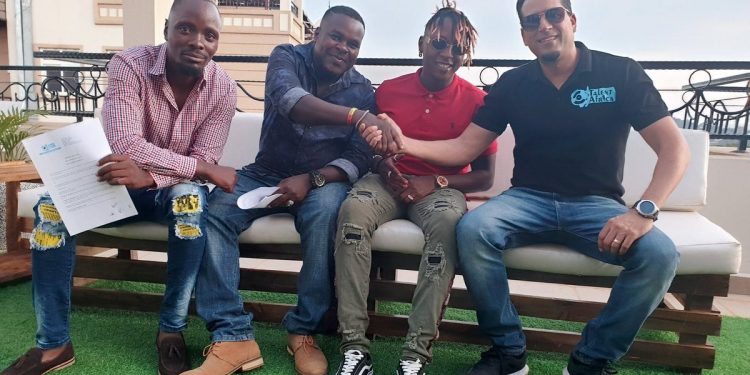 Veteran artiste and manager, Chagga has joined event power house Talent Africa as one of the managers for their dancehall sensation Beenie Gunter.

Talent Africa has been managing Beenie Gunter’s business and bookings since 2018 and Chagga (Geoffrey Kyagambidwa) is joining the team as a tour manager, Talent Africa has announced on Thursday.

During an interview with Matooke Republic, Chagga said that he signed up for a 360º partnership that will include recording, collaborations and production packaging of the artiste.

“We will leverage his unique sound and cross appeal to take his brand global,” Chagga said.

Chagga will be managing Beenie Gunter together with Ambassada Musiq real names Wamala Wyclef who brings a wealth of connections and experience with media, labels and artistes.

Chagga has in the past worked with some of the greatest talents including Jose Chameleone, Radio and Weasel among others.

“Beenie Gunter is one of the fastest rising stars in the last few years. He has won numerous awards and accolades based on his musical prowess. He has topped the charts with several hit records including Pon Mi, Olina Work, Sekkle Down, Tubaayo,” Ali Alibhai, Talent Africa CEO said.