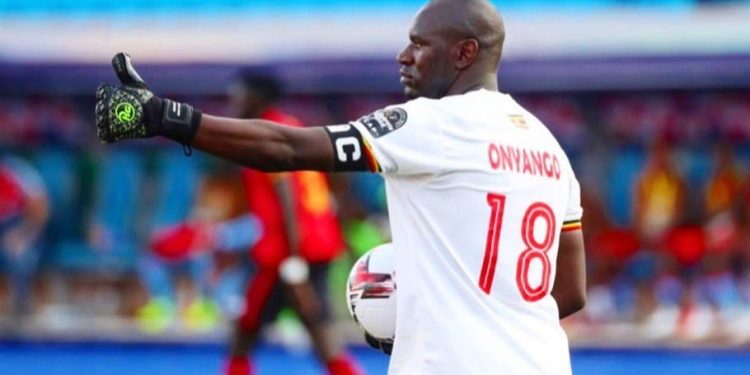 Uganda Cranes goalkeeper and Captain is still a trending topic in Uganda and Africa even weeks after Uganda bowed out of the Africa Cup of Nations (AFCON) for all the right football reasons, but mostly that magical save he pulled in the match against Zimbabwe.

While appearing on a talk show at a local radio station this morning, the Ugandan goalie was asked to revisit that magical moment in that match.

“You must not give up on any ball because it might be the one that changes your life […], I had to give my best because they can never say it’s a goal until it hits the net or it passes the goal-line, everyone had given up but I never gave up I still had hope and the ball was spinning backwards so I took my shot,” Onyango recalled, as he went on to say that it was a wonderful moment, and we are sure he enjoyed it as much as we did.

The humble star also said he will be retiring in a few years, and has urged his fellow footballers to enjoy their life but save from their earnings, because they will not be playing forever.