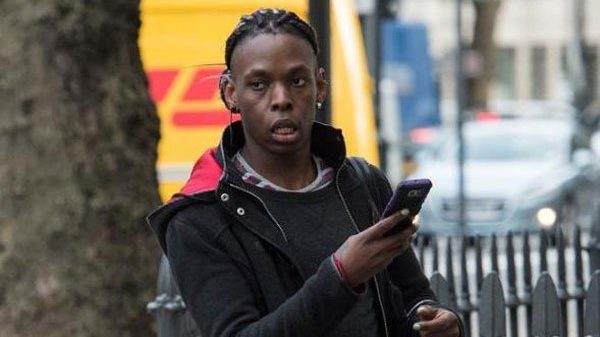 Gerald Matovu, a serial thief who targeted victims through gay dating apps has been found guilty of murdering former James Bond actor Eric Michels with a fatal overdose of a chemsex drug at his home in Chessington, BBC reports.

An Old Bailey jury convicted Gerald Matovu, 26, of killing Eric Michels, 54, who was found dead at his south-west London home on August 18, 2018.

According to BBC, the court heard Mr Matovu, met up with Eric Michels in central London, through the Grindr app, before taking a cab back to Mr Michel’s house.

Matovu had previously admitted selling Gamma-hydroxybutyrate (GHB), to serial killer Stephen Port. GHB is a a central nervous system (CNS) depressant that is commonly referred to as a “club drug” or “date rape” drug. The drug is reported to cause Euphoria, increased sex drive and tranquility.

Port was given a whole-life term for the murders of four young men he poisoned with lethal doses of the substance and raped after meeting them on Grindr.

At a trial, Matovu, of Southwark, south London, and his co-defendant Brandon Dunbar, 24 of Forest Gate, east London, were convicted of a string of charges including administering a noxious substance, assault by penetration and theft.

Prosecutor Jonathan Rees QC said the charges related to 12 gay men who met one or both of the defendants for the purposes of sex, but ended up as victims.

The court heard Mr Michels, an executive at an energy company SSE, met Matovu in the early hours of 17 August.

The pair went to back to the businessman’s home in Chessington, where he was given a fatal dose of GHB, a drug used in so-called chemsex but also linked to instances of date-rape.

While his victim was incapacitated, Matovu took the opportunity to take photos of Mr Michels’ bank cards, driving licence and various passwords.

Mr Michels, had an uncredited role in the 2012 James Bond film Skyfall.

That evening Mr Michels’ 14-year-old daughter, one of his three children, sent him a text but received no response, the court heard.

After a follow-up message the next day, she received the “totally uncharacteristic” response of: “Hello hun im a little busy talk soon”.

That led her to calling her father’s phone, but after an unknown male answered and hung up when she said who was calling, she and her mother went to Mr Michels’ home and found him motionless in bed.

An empty syringe without a needle attached, which contained DNA from both Matovu and Mr Michels and traces of GHB, was found on the floor beside the bed.

Matovu denied administering the drug to his victim, claiming Mr Michels had taken it of his own will.

As the guilty verdict was returned on Matovu’s murder charge, Mr Michel’s family shouted “yes – rest of your life in prison”.

The pair were remanded in custody for sentencing on 5 September.

Dfcu admits they were hit by fraud in May, tight-lipped on the details